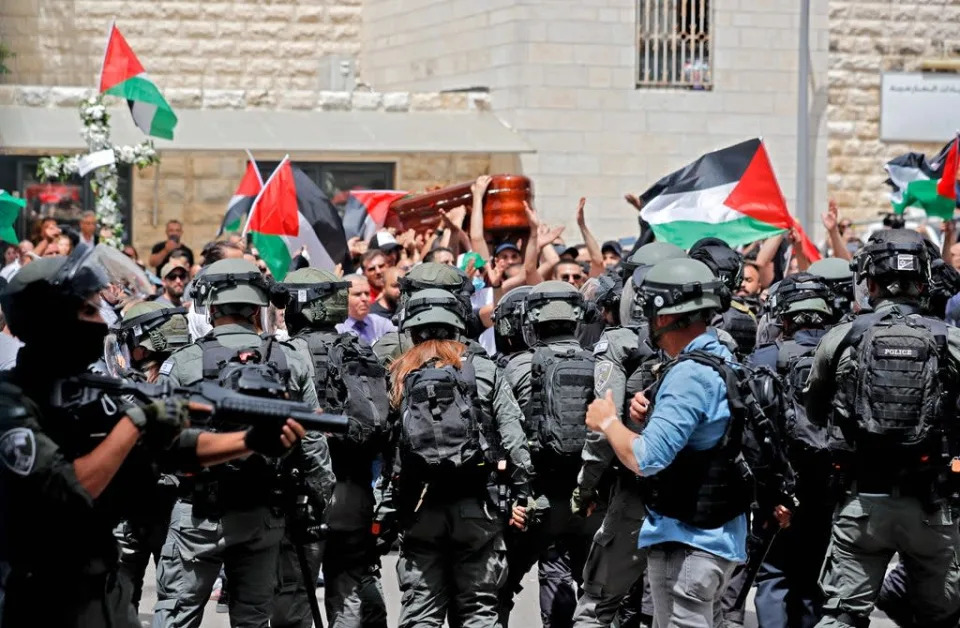 Israeli police clashed with Palestinian mourners packed around the coffin of killed Al Jazeera reporter Shireen Abu Akleh at the start of her funeral procession in Jerusalem on Friday.

Officers then charged the crowd and at one point the group carrying her coffin backed against a wall and almost dropped the casket, recovering it just before one end hit the ground.

The violent scenes underlined the growing anger over Ms Abu Akleh’s killing which has threatened to add further fuel to an already raging conflict.

Ms Abu Akleh, who had covered Palestinian affairs and the Middle East for more than two decades, was shot while reporting on an Israeli raid in the occupied West Bank on Wednesday.