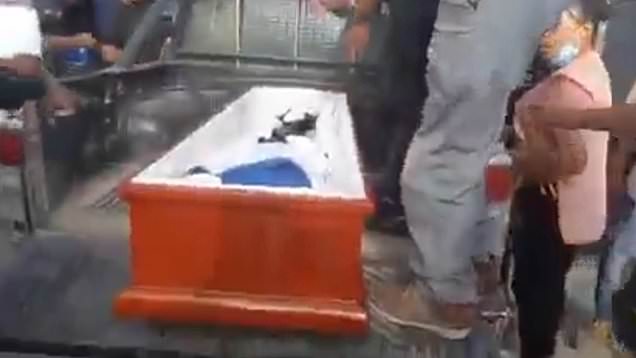 A funeral in Peru was dramatically interrupted after ‘knocking’ was heard from within a coffin.

The family of Rosa Isabel Cespedes Callaca had gathered in the city of Lambayeque to pay their final respects on April 26.

Rosa had been involved in a serious crash in the region’s Chiclayo-Picsi road.

The accident claimed the life of her brother-in-law and left her nephews with serious injuries.

She had been pronounced ‘dead’ following the horrific crash, and later loaded into a coffin ahead of her funeral.

But when her relatives hoisted the wooden structure onto their shoulders, they began to hear strange sounds.

They lowered the coffin and opened the lid to find a weak, but very much alive, Rosa peering up at them.