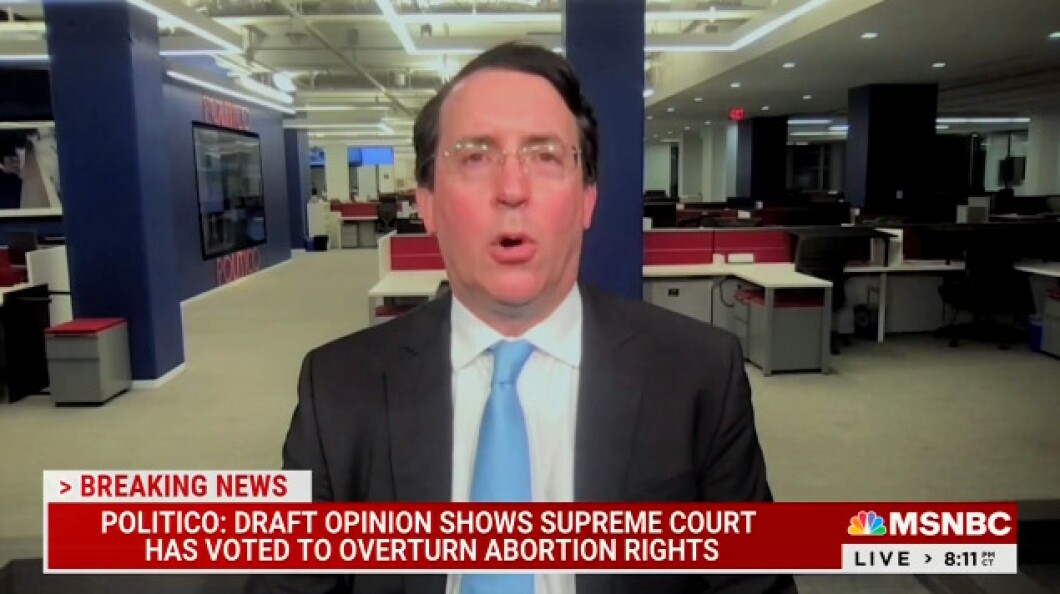 The reporter who broke the story about a majority draft opinion signaling that the Supreme Court is ready to overturn abortion rights enshrined in the Constitution since Roe v. Wade appeared within minutes on TV to discuss the monumental leak Monday night.

Josh Gerstein, a senior legal affairs reporter for Politico, said he is confident in his sourcing and the authenticity of the document for the report. He shares a byline with national security reporter Alexander Ward.

“We’re very confident in the authenticity of this draft majority opinion, both in the way that we obtained it and other information that we got that supports its authenticity and makes us believe it is genuine,” Gerstein told MSNBC’s Rachel Maddow. “It is not a final opinion. It was a draft opinion circulated in the court as a first draft by Justice Alito.”

The draft opinion says it was circulated Feb. 10. The report noted that “it is possible there has been changes since then, but it is our best understanding of where the court stood at that time, which is about two and a half months after arguments in this pivotal Mississippi abortion case.”