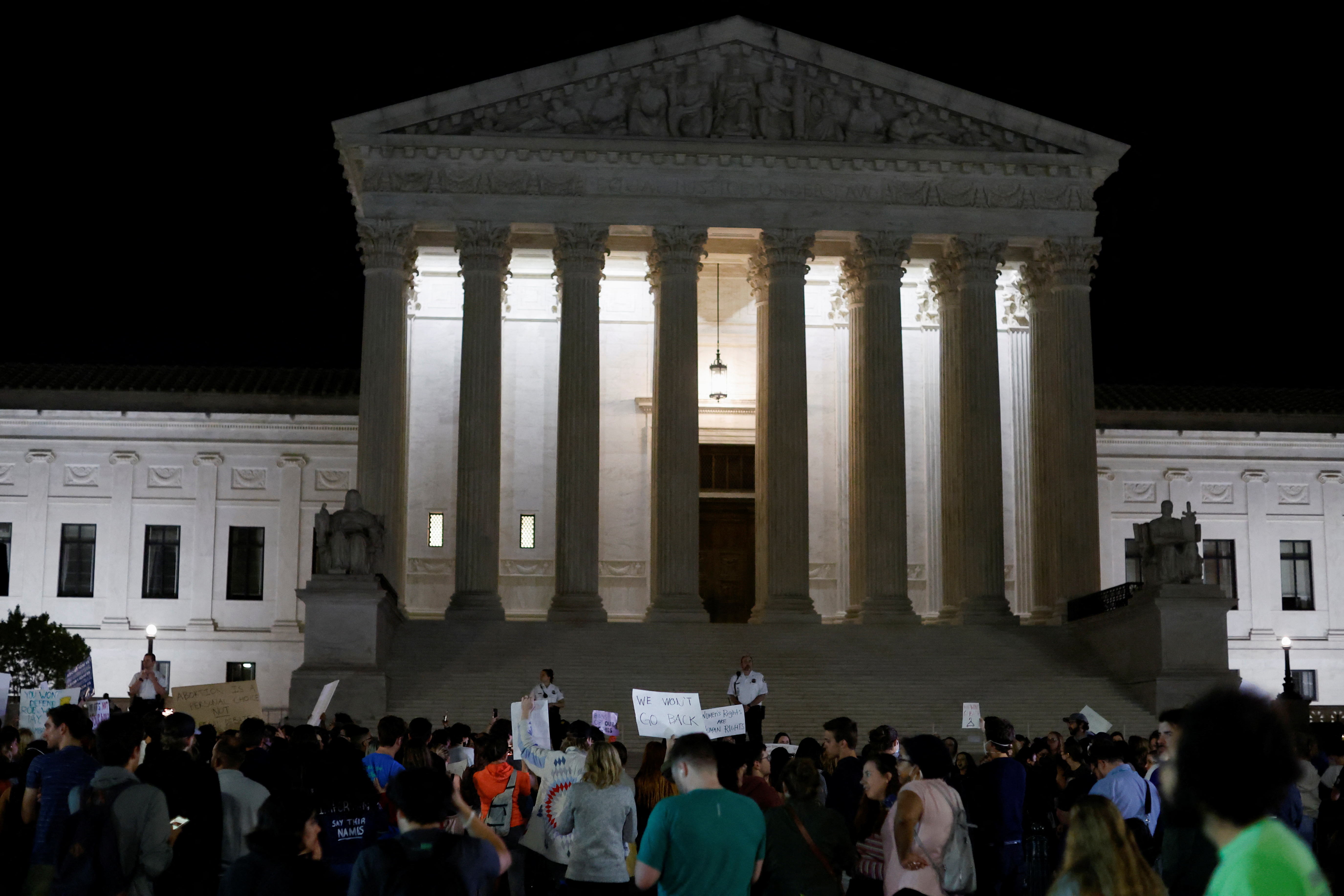 May 3 (Reuters) – The leak of a U.S. Supreme Court draft opinion that would overturn the constitutional right to abortion is a major breach of confidentiality that has heightened the stakes in an already politically-charged case, experts say.

Politico on Monday night published a draft majority opinion that it had obtained striking down the landmark 1973 Roe v. Wade decision, which guaranteed the right to abortion nationwide. It was a sign that the court’s 6-3 conservative majority was ready to flex its muscle.

While the substance of the draft sparked praise from anti-abortion conservatives and Republicans and condemnation from abortion rights advocates and Democrats, many court watchers blasted on the leak itself as a rare if not unprecedented occurrence.

They predicted chaos inside the court and unpredictable consequences, whose longstanding tradition of confidentiality and trust surrounding its deliberations helps lend the institution its remove from the political branches of government.

Unlike the White House and Congress, where leaks are a regular fact of life and a tool of political operatives trying to advance their agendas, the Supreme Court typically keeps its internal deliberations private.

“This is the equivalent of the Pentagon Papers leak, but at the Supreme Court,” Neal Katyal, a former acting U.S. Solicitor General, who argues frequently before the court, said in a Twitter post. He was referring to secret U.S. documents on the Vietnam War published by the New York Times in 1971

The widely followed SCOTUSblog wrote on its Twitter account: “It’s impossible to overstate the earthquake this will cause inside the court, in terms of the destruction of trust among the justices and staff.”

“Leaking a draft opinion is a massive violation of settled norms. It just doesn’t happen,” tweeted Dan Epps, a professor of law at Washington University in St. Louis, adding that the culprit likely “would be someone who is upset” about what the court is doing.

Ilya Shapiro, a lecturer at the Georgetown University Law Center, posted that the leaker is “someone on the left engaged in civil disobedience” and called the leak “inexcusable and threatens the court’s functioning.”

While a number of commentators said the person who leaked the draft is probably seeking to whip up public fervor to change the justices’ minds or get progressive voters to the polls for the Nov. 8 congressional midterm elections, others disagreed, asserting the leaker might be someone – a clerk or even a justice – who sympathizes with the majority.

Such a person would be “worried (in a slightly crazy way) about locking that majority down, and willing to take the extreme step of leaking to advance that goal,” said Joseph Fishkin, a professor at the University of California Los Angeles.

This is not the first time an opinion has been leaked before its intended release, according to Jonathan Peters, a law professor at the University of Georgia School of Law. He said that the New York Tribune reported the outcome in an 1852 case involving the Wheeling and Belmont Bridge Company 10 days before the court issued the decision.

Peters noted that other leaks have commented on decisions after their release or on personal relationships and conflicts among the justices.

In January National Public Radio reported that due to a surge in COVID-19 infections the justices had been asked to wear masks but only Neil Gorsuch refused, prompting a denial by the court.

Some observers said that the controversy, which is certain to persist, could distract from the court’s actions on the right to abortion.

Law professor Rick Hasen said the development actually helps the majority that overturns Roe v. Wade by deflecting commentary to breach of court secrecy norms and by “lessening the blow by setting expectations.”