WATCH: Bulldog Puppies Struggle to Keep Up as their mother Koda Teaches them How to do ‘Zoomies’ Around the House 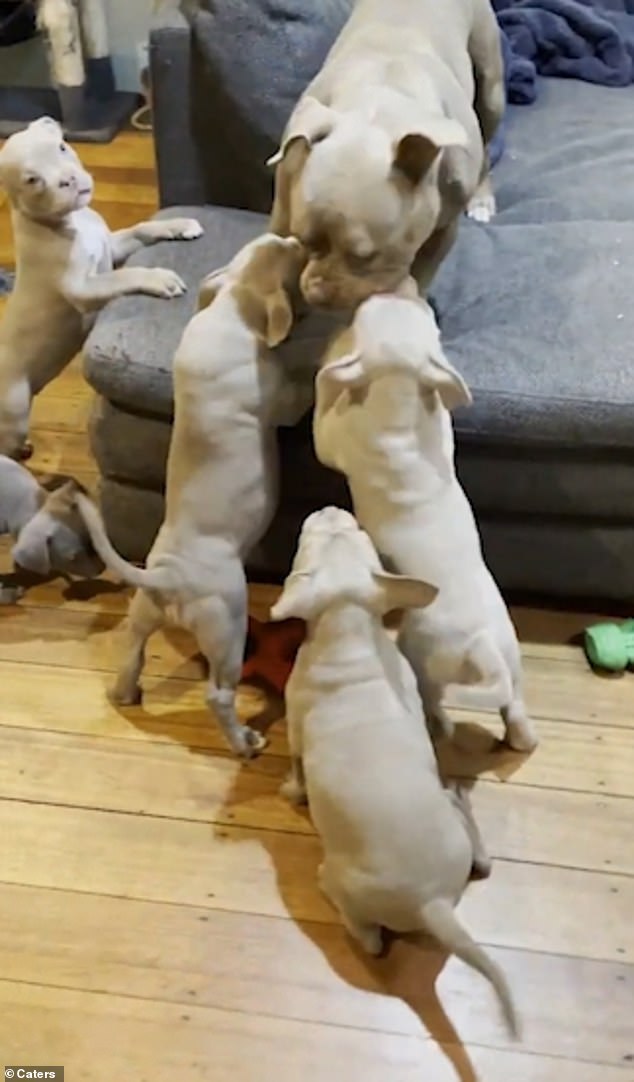 This is the adorable moment a proud mother dog teaches her litter of puppies how to do ‘zoomies’ as they chase after her around the house in Australia.

The video shows Koda race into the front room and dive onto the sofa as her six excited pups follow her lead.

While Koda had the ‘zoomies’, her litter of puppies watched her intently and tried following her around, but they weren’t quite fast enough to keep up.

Peta, the founder of a mental health organisation, told MailOnline: ‘Koda had been playing with a couple of her pups when she got very excited and started to do zoomies.

‘When she realised the pups were following, she continued to show them what zoomies were.’