City accountant, 26, loses his age discrimination case after his middle-aged boss sacked him because ‘he was a demanding millennial’ who ‘expected everything handed to him on a plate’ 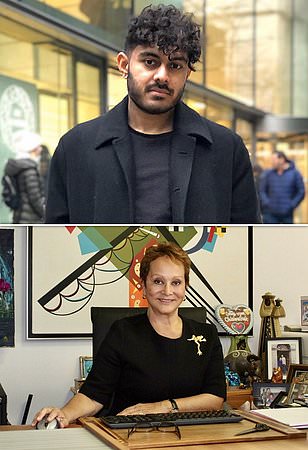 A young accountant sued his middle-aged boss for age discrimination after they sacked him and told him he is ‘too demanding like his generation of millennials’.

Insurance boss Lucy Raymond-Williams suggested her 26-year-old new employee Jay Patel ‘expected things to be handed to him on a plate’, an employment tribunal heard.

Mr Patel found her suggestions of entitlement ‘objectionable’ and ‘distressing’ as he is dyslexic and had to overcome barriers in his life to achieve academic success and become an accountant.

His sacking came just a month after she hired him as ‘my blue-eyed boy, my project to show what people with dyslexia can achieve’, the hearing was told.

The company had been hunting for a fully qualified accountant, but Mrs Raymond-Williams decided to hire him as dyslexia was a ‘matter of huge importance’ to her as she has family with the condition and had set up a dyslexia charity.

Based on the managing director’s comments about millennials and his dismissal, he sued firm London-based Lucy A Raymond & Sons for both age and disability discrimination.

And while he won the disability case, his age claim was rejected after a judge ruled he was offended because of the obstacles he had overcome in life rather than how old he was.

Now Mr Patel is in line to receive compensation.