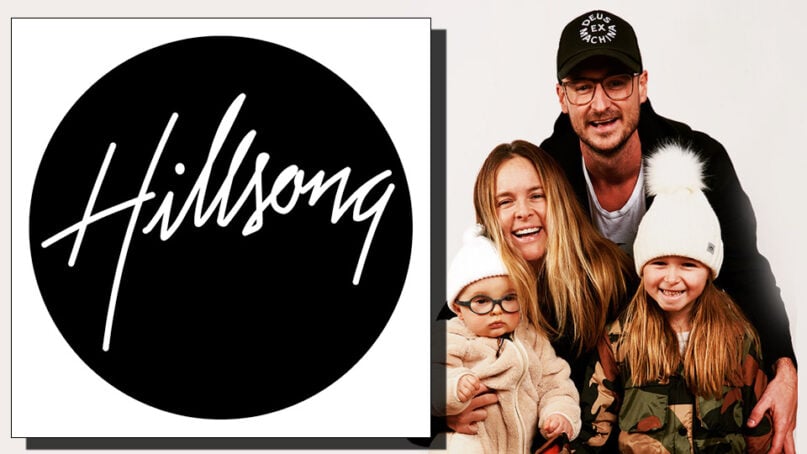 Josh and Leona Kimes, the co-pastors of Hillsong Boston, announced on Monday (April 18) that the two have “made the difficult decision to resign.” The announcement of their departure comes a week after the results of an investigation into Hillsong New York City, where the couple worked previously, were leaked to a Christian online news outlet.

The Kimes’ departure is the most recent in a slew of upheavals at the global megachurch and multimedia empire, including the resignation two weeks ago of its global senior pastor Brian Houston after allegations of sexual misconduct. Co-founded by Houston in Australia nearly 40 years ago, the church had grown to some 30 locations before scandals closed three of its U.S. churches.

The couple, who helped launch Hillsong NYC under now-disgraced former pastor Carl Lentz before planting the Boston campus, were “ready for a fresh start,” Kimes said in an Instagram post featuring photos of the two with their young children.

“It was never our plan to ever leave Hillsong Church. It’s been home for 22yrs of my life. It’s where I’ve pastored for the last 16yrs,” Kimes wrote, noting that many of his life’s milestones had occurred while he worked for the church, including meeting and marrying his wife, having kids and moving to the U.S.

Kimes did not give a reason for their resignation but apologized for any part he played in “perpetuating a culture that at times valued the building of the church at the expense of those building it.”

Leaders at more than one Hillsong location have been criticized for overworking staff and volunteers, and the Kimes have themselves come under scrutiny for their treatment of volunteers in Boston. In 2020, Tiffany Perez, a former volunteer there, told Business Insider that she was asked to care for the couple’s daughter for up to 25 hours a week, as well as clean their house and look after their dog, while being paid $150 a week.

“Transparency, honesty, accountability & a culture that allows people to create healthy boundaries is so important & I’m encouraged to see things starting to change,” Kimes wrote in the post.

“Hillsong will always hold a special place in our hearts, even with the immense pain we’ve endured while building church here in the USA. Pastor’s are meant to be shepherds who protect the sheep, not wolves who prey on the sheep they’re entrusted to protect,” he continued.

In May of last year, Leona Kimes accused Lentz of sexually abusing her when the Kimeses were on staff at the Manhattan church and she was working as a nanny for Lentz’s children. Leona Kimes told RNS at the time that she had not told her husband, then an associate Hillsong NYC pastor, about the alleged abuse while it was happening, saying she feared for her family and for his job.

She eventually told both her husband and Hillsong leadership after Lentz was fired from the church for conducting an extramarital affair. Through his lawyer, Lentz told RNS last year that he denied Kimes’ allegations.

However, the report leaked to The Christian Post last week, based on an independent investigation into the Manhattan church, further detailed the relationship between Lentz and Leona Kimes and put a renewed spotlight on the culture at Hillsong’s U.S. churches. It maintains Lentz had several extramarital affairs and spiritually abused volunteers and staff and said he was guilty of “multiple incidents of consensual or non-consensual sexual interaction between church leaders and congregants, staff, volunteers, or non-churchgoers,” according to the article published April 11.

The report included reviews of Lentz’s text messages and direct interviews with Lentz, who admitted to investigators that he’d had multiple affairs and said he was “a very good liar.”

“Such efforts included boldly lying to his wife, Laura, when she caught him and Leona (Kimes) in flagrante delecto on a couch late at night,” The Christian Post said, quoting investigators.

“Carl said (Lentz and Leona) would do ‘pretty much everything you could do’ without engaging in oral sex or intercourse,” investigators said.

“One night in 2016, while at the home of former NBA player Tyson Chandler, Kimes and Lentz were once caught in the act by Laura Lentz, who was accused of punching Kimes two or three times in the face,” investigators said. Laura Lentz and Kimes were also interviewed as part of the investigation, according to The Christian Post.

The investigators noted in the report the power dynamic between Lentz and Leona Kimes and concluded it was “unlikely that Leona was capable of achieving the distance necessary to exercise true choice,” according to The Christian Post. A legal representative for Lentz and his wife told Religion News Service several aspects of the report are incorrect.

In his resignation post, Josh Kimes said he is proud of his wife, applauding her courage in coming forward with the allegations of abuse. “She’s the bravest woman I know,” he wrote.

“My wife could easily choose hate & bitterness toward those who’ve abused, hurt, judged, lied, tried to shame & silence her but instead has chosen love, humility, resilience & personal growth.”

Kimes asked for prayers as they “carefully consider what’s next,” without making clear his or his wife’s plans.