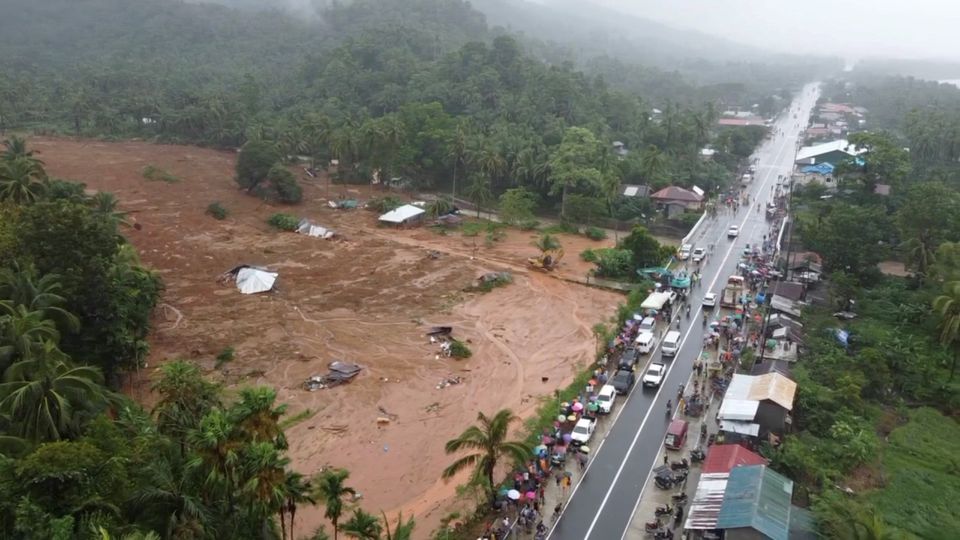 A general view shows damages after a landslide caused by tropical storm Megi, that hit Philippines’ eastern and southern coasts, in Baybay city, eastern province of Leyte, Philippines, in this still image taken from a video April 11, 2022. Video taken with a drone. Courtesy As You Wish Photography/via REUTERS

The Philippine military and aid workers pledged on Thursday to keep searching for 103 people missing after tropical storm Megi ripped through central areas this week, burying many under landslides and killing at least 138.

Megi was the first cyclone this year to hit the Philippines, an archipelago of more than 7,600 islands that sees an average of 20 tropical storms a year.

“We are doing retrieval operations and still looking for the missing,” Senator Richard Gordon, chairperson of the Philippine Red Cross, told Reuters.

Rescue workers were not immediately allowed to go to landslide-hit areas because of rains and unstable soil, Gordon said. “It was deadly because it dumped a lot of rain and it hit the mountains.”

Of the total casualties, 101 were in Baybay, a mountainous area prone to landslides in Leyte province, where more than 200 people were also injured, the city government said. A landslide killed 31 people in Leyte’s Abuyog town. Three died in Cebu and Samar and threepeople drowned in other provinces, police and the national disaster agency said.

“The search, rescue and retrieval operations will continue,” a Philippine Army infantry unit in Baybay said on Facebook.

Aerial photographs and video from the local government showed collapsed hillsides burying coconut plantations and houses in mud. In one area, rescuers had to use rubber boats to reach a landslide.

Megi, which made landfall on Sunday with sustained winds of up to 65 km (40 miles) per hour and gusts of up to 80 kph (49 mph), has since dissipated.

In December, category 5 typhoon Rai ravaged the central Philippines, with the death toll reaching 405 and nearly 1,400 injured. Typhoon Haiyan, one of the most powerful tropical cyclones ever recorded, killed 6,300 in 2013.