Kira Davis on I Was Accused of Being a Black Voice for White Supremacy When I Questioned the Legitimacy of the Biggest Black Lives Matter Charity. Now That It’s Been Exposed as a Fraud Their Corporate Backers Owe Us All an Apology 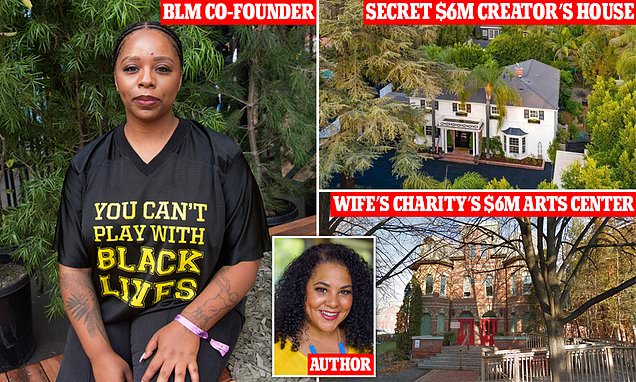 The secret is out.

Black Lives Matter is a fraud and any corporation who has thrown in with them should immediately rescind their associations and possibly even their donations.

Even the liberal media cannot spin the latest damning report of financial misdeeds by Black Lives Matter Global Network Foundation (BLMGNF) after it was revealed that the charity quietly purchased a $6 million mansion in southern California.

‘For years, people marched, got tear-gassed, donated and literally put their lives on the line in the hopes of Black emancipation — not a Black influencer McMansion,’ wrote columnist Karen Attiah in the Washington Post.

You’d think that corporate America would be just as outraged as the rest of us that millions of dollars donated to help improve the lives of black Americans may have gone unused, wasted, or misappropriated.

But apparently, they’re not. And it’s fair to ask: Why not?

For years, we’ve heard complaints from community satellite BLM organizations that they hadn’t received a dime of the nearly $90 million that BLMGNF raised in 2020 alone.

But lately, the floodgates have opened.

First, co-founder Patrisse Cullors resigned from the charity after it was discovered that she’d purchased over $3 million in real estate – with the bulk of her holdings acquired after the murder of George Floyd and the explosion of the BLM movement.

In early January 2020, it was revealed that the organization could not say who was in charge of $60 million still sitting in their bank accounts.

Then, a New York Post report exposed BLMGNF for transferring over $6 million to a Canadian charity run by Cullors’ wife for the purchase of a red brick Victorian mansion in Toronto for an arts center.

Now, they’ve issued a public ‘explanation’ for yet another pricey property purchase.