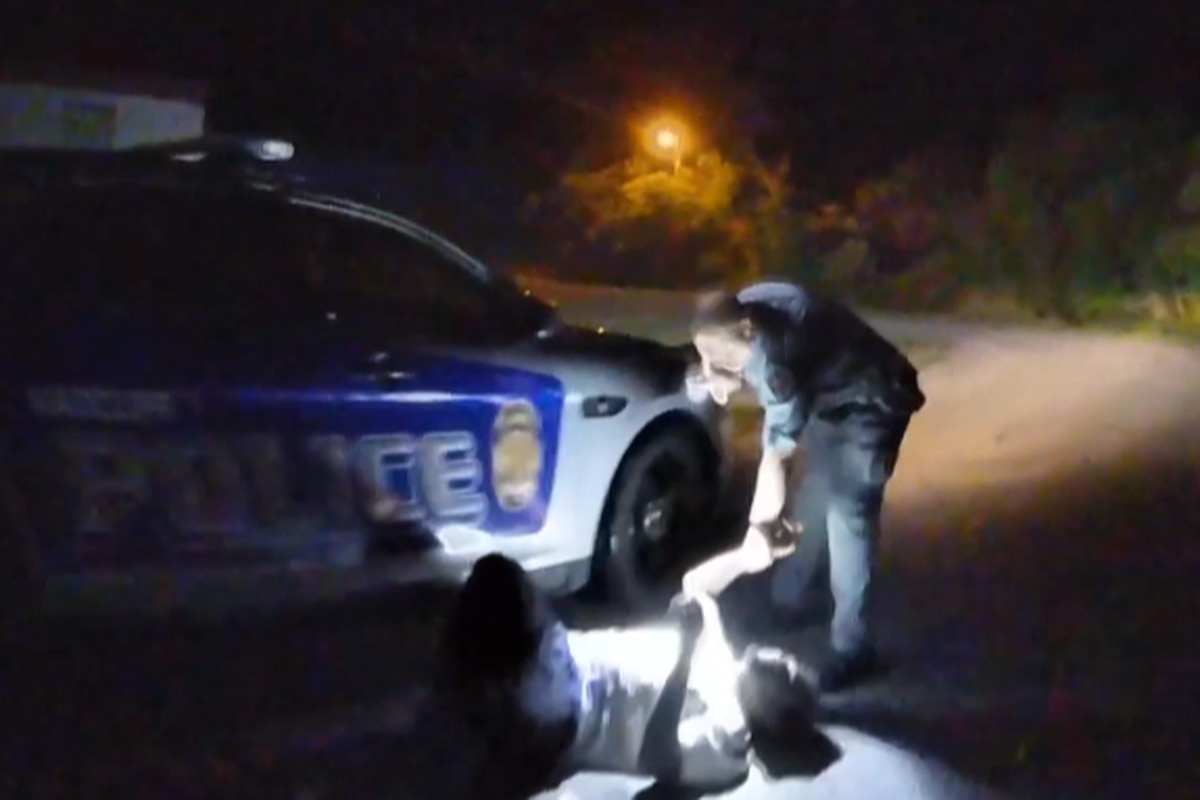 A Radcliff, Kentucky, police officer intentionally ran over a fleeing pedestrian with his cruiser, breaking his leg and causing other injuries, according to a federal lawsuit that says another officer heard the leg “crunch” and the man scream in pain.

The suit says Officer Justin Skaggs used excessive force and violated the civil rights of Anthony Gray, who is Black.

It also said Gray was unarmed and wanted only for refusing to immediately leave the Gold Vault Inn in Radcliff.

“Gray had committed, at most, a minor, non-violent offense … and there was no reason to believe that Gray posed a risk of danger to anyone,” says the suit, filed March 22 in U.S. District Court by Louisville attorneys Aaron Bentley and Gregory Belzley.