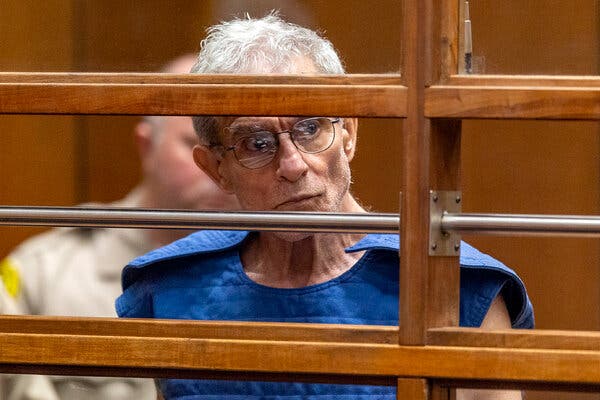 Even after two men were found dead in his California apartment, Ed Buck did not stop injecting gay men with walloping doses of methamphetamine.

Federal prosecutors said Buck’s unrelenting fervor to satisfy a fetish by preying on vulnerable men, often young and Black, is reason enough to keep him behind bars for the rest of his life.

Buck, 67, a big dollar donor to Democratic, LGBTQ and animal rights causes, was sentenced to 30 years in prison Thursday in U.S. District Court in Los Angeles for providing fatal doses of drugs, operating a drug den and enticing men to travel for prostitution.

“Buck used his money and privilege to exploit the wealth and power imbalances between himself and his victims, who were unhoused, destitute, and/or struggling with addiction,” Assistant U.S. Attorney Chelsea Norell said in a court filing. “He spent thousands of dollars on drugs and party and play sessions that destroyed lives and bred insidious addictions.”

Prosecutors had asked for a life sentence for Buck, but his defense attorneys sought a decade behind bars, saying he was sexually abused as a child and health problems led to his drug addiction.

Attorneys Mark Werksman and Elizabeth Little said the judge should go below the 25-year sentence recommended by probation officials that would allow rehabilitation and treatment and “would be much preferable to relegating him to death in prison.”

Buck, a wealthy white man who worked as a male model and then made a small fortune selling an Arizona company he rescued from bankruptcy, helped lead a 1987 campaign to recall Republican Arizona Gov. Evan Mecham, who was ultimately convicted in an impeachment trial and kicked out of office.