Pittsburgh Steelers Quarterback Dwayne Haskins, Who Died After Being Hit by a Truck, Spoke Publicly About His Christian Faith 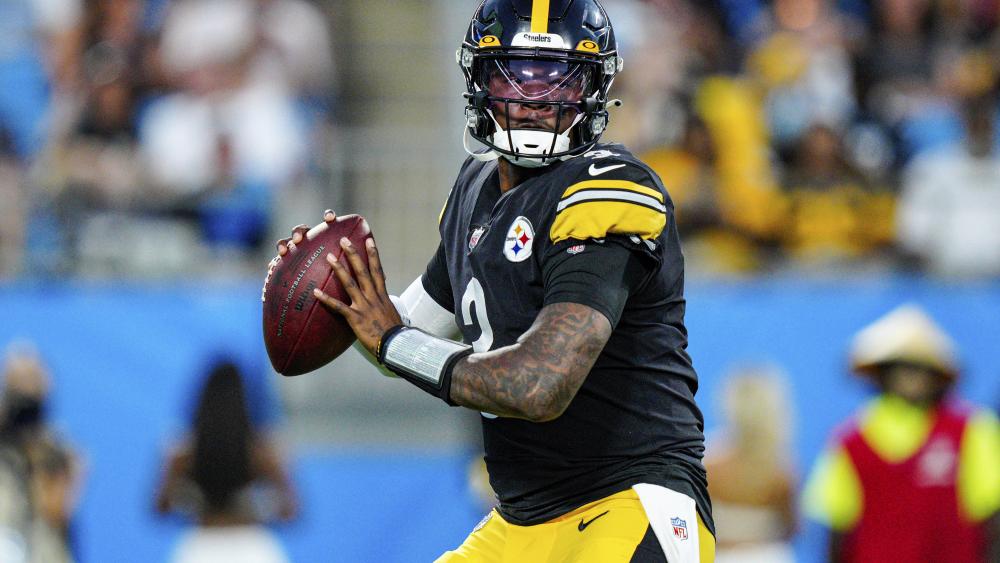 Pittsburgh Steelers quarterback Dwayne Haskins was killed Saturday when he was hit by a dump truck while he was walking on a South Florida highway.

Haskins was pronounced dead at the scene on westbound Interstate 595.

Florida Highway Patrol spokeswoman Lt. Indiana Miranda didn’t say why the 24-year-old Haskins was on the highway at the time. The accident caused the highway to be shut down for several hours.

“He was just walking on the highway and got hit,” Miranda told The Associated Press.

Haskins’ death sparked an outpouring of grief from many corners of the NFL, particularly from his former teammates with the Pittsburgh Steelers and Washington Commanders.

Urban Meyer, his coach at Ohio State, praised Haskins to The Columbus Dispatch, and said he was devastated over Haskins’ death.

“He was one of the sweetest kids,” Meyer told the paper. “The players all loved him. My daughter (Nicki Meyer Dennis) just showed me a picture of him holding our grandson. I’m just heartbroken for that family.”

Haskins’ father, Dwayne Sr, “taught him how to pray, life selflessly, and give back to the community,” WUSA-9 reported after Haskins Jr was drafted by Washington.

Haskins demonstrated his faith during his Ohio State years. He and his fellow Heisman candidate Tagovailoa would text Bible verses to each other during the season.

And once he got to Washington in the NFL, Decision magazine reported that Haskins liked “to quote Jeremiah 29:11; Joshua 1:9; Philippians 4:13, and closest to his heart, he says, is Isaiah 12:2: “Surely God is my salvation; I will trust and not be afraid. The Lord, the Lord himself, is my strength and my defense; he has become my salvation” (NIV).

“I want to use my platform, use my place in this world right now as a way to benefit and inspire others, and give back to the community, and be someone that they look up to,” Haskins said. “That is something I feel like God would want for me to do.”

And on Thanksgiving Day 2020, Haskins tweeted about his own thanksgiving- for God’s gift of salvation:

“Gods grace has saved you because of your faith in Christ. Your salvation doesn’t come from anything you do. It is gods gift. – Ephesians 2:8

Gods grace has saved you because of your faith in Christ. Your salvation doesn’t come from anything you do. It is gods gift. – Ephesians 2:8
Thankful, Happy thanksgiving 🍽🙏