There’s a Devil Loose: Pray for This Family: Georgia Father Is Charged With Murder After His 8-Year-Old Son Accidentally Shoots and Kills His Brother, 6, With an ‘AR-15’ That Was ‘Left Out on the Bedroom Floor’: Father Was Found With ‘Meth and Marijuana’ 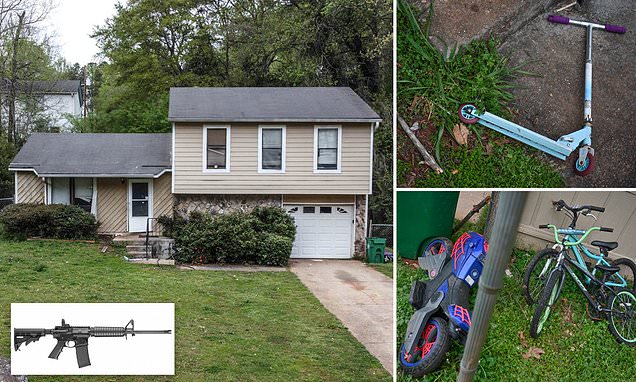 A father was arrested and charged with murder after his 8-year-old son shot and killed his little brother, 6, with a gun found on a bedroom floor inside their Stone Mountain, Georgia, home on Friday.

D’onte Patterson, 29, was charged with murder, cruelty to children, possession of marijuana and possession of methamphetamine after rushing the younger son, V’Onte, to the hospital after his older brother shot him.

A neighbor, not wanting to be named, told DailyMail.com that it was an AR-15 that was used in the shooting, which police believe to be an accident.

The neighbor said that seven children were in the home and that the father and the children’s uncle were downstairs at the time of the incident.

They said that V’Onte was shot in the mouth, and that the father and uncle took the boy to the hospital, where he was pronounced dead.

The neighbor added that the gun used in the shooting was allegedly loaded and on the floor next to the bed in an upstairs bedroom when the 8-year-old found it and shot his sibling.

Patterson confirmed that the weapon was his and that the children found it on the floor of the bedroom, police said.

The DeKalb County Police Department said the investigation is ongoing as they are questioning the occupants in the house. Authorities confirmed that seven children and four adults occupy the home.