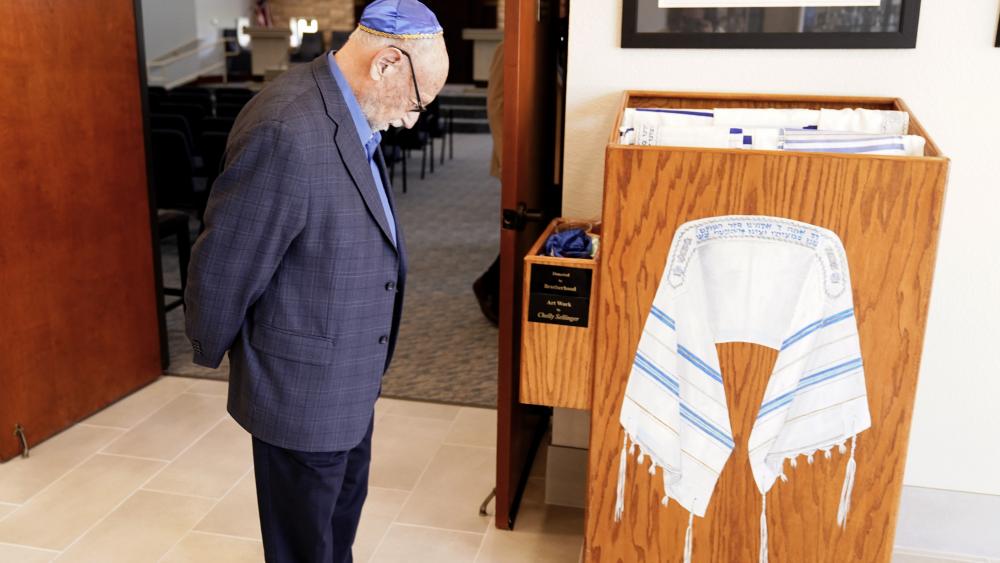 COLLEYVILLE, Texas (AP) — In the three months since Rabbi Charlie Cytron-Walker and three of his congregants were held at gunpoint in their Texas synagogue, new carpet has been laid in the sanctuary, the walls have been repainted, the entry retiled and new doors installed. He said it has been healing to watch.

“Each time I came back in, I got to see us moving forward,” Cytron-Walker said.

Congregation Beth Israel in the Fort Worth suburb of Colleyville will be rededicated on Friday, and members will celebrate Shabbat in their own building for the first time since the attack.

After the 10-hour standoff on Jan. 15 ended with the escape of the remaining hostages and an FBI tactical team rushing in and killing the gunman, the synagogue was left with broken doors and windows, bullet holes and shattered glass.

Anna Salton Eisen, a founder of the synagogue, said the scene reminded her of abandoned synagogues in Poland still marked with bullets from World War II that she saw while visiting that country in 1998 with her parents — both Holocaust survivors.