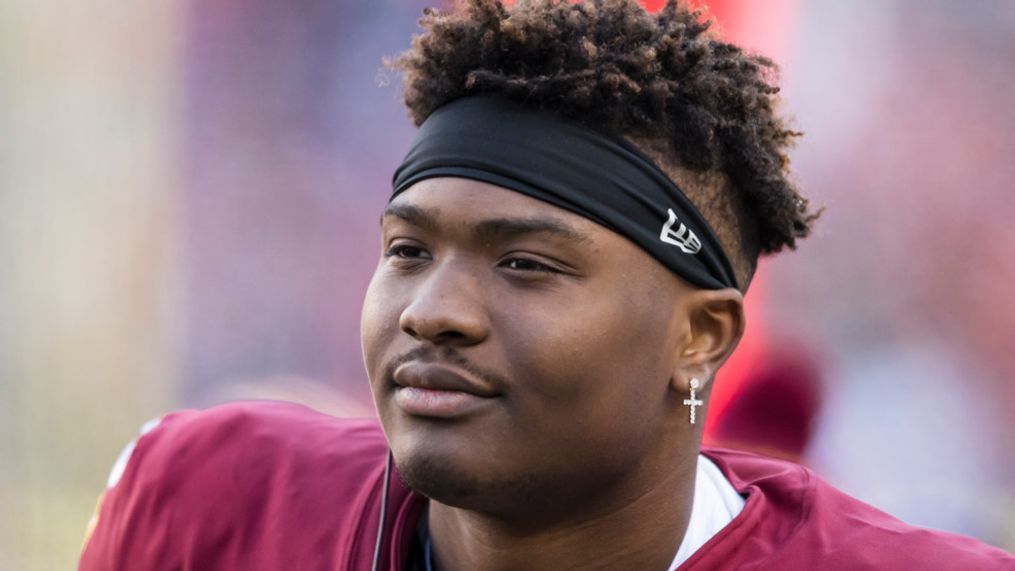 Pittsburgh Steelers quarterback Dwayne Haskins died Saturday morning after he was struck by a dump truck while he was walking on a South Florida highway. Haskins was 24 years old.

Miranda didn’t say why Haskins was on the highway. The accident caused the highway to be shut down for several hours.

“He was just walking on the highway and got hit,” Miranda told The Associated Press.

Haskins was training in South Florida with other Steelers quarterbacks, running backs and wide receivers.

“I am devastated and at a loss for words with the unfortunate passing of Dwayne Haskins,” Steelers coach Mike Tomlin said in a statement. “He quickly became part of our Steelers family upon his arrival in Pittsburgh and was one of our hardest workers, both on the field and in our community. Dwayne was a great teammate, but even more so a tremendous friend to so many. I am truly heartbroken.

“Our thoughts and prayers are with his wife, Kalabrya, and his entire family during this difficult time.”

The world lost a great person today. When Dwayne first walked into the locker room I could tell he was an upbeat guy. He was always making people smile, never taking life for granted. His impact on me will last a forever.

We are deeply saddened by the tragic loss of Dwayne Haskins.

May he rest in peace. pic.twitter.com/PsDEx9RI5J