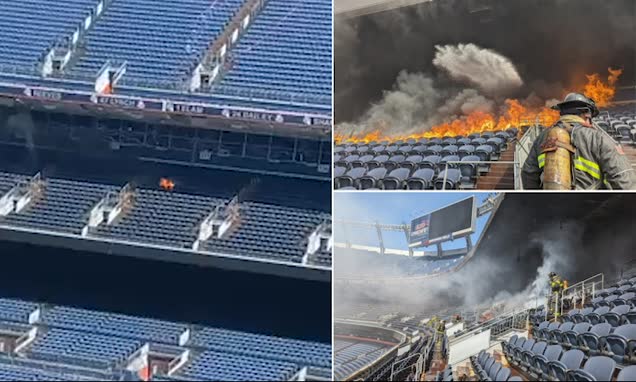 A massive fire has destroyed a section of the bleachers at the Empower Stadium at Mile High in Denver, the home of the NFL’s Broncos.

The blaze, which broke out on Thursday, has been extinguished, according to the Denver Fire Department. The cause remains unclear and no injuries have been reported.

‘Fire now under control at Mile high Stadium,’ read a DFD tweet, using the name of the stadium’s predecessor.

‘Sprinklers attempted to stop the fire, but firefighters were needed to complete extinguishment. Heavy fire & smoke was found on our arrival media briefing to take place at 3:00 p.m. on east side of stadium.’

The fire appeared to break out in a section of the stadium with luxury boxes and rows of seats in that section.