Daniel Whyte III Says Hats Off to a Handful of Republicans for Showing They Stand Against the Abomination of Homosexuality and Transgenderism by Rebuking Fellow Republican and CPAC Organizer Matt Schlapp for Saying That a Transgender Swimmer Who Is a Man Playing in Women’s Sports Under the Name Lia Thomas ‘Deserves Our Compassion’ — Daniel Whyte III Says What These Brave Souls in the So-called Conservative Republican Party Ought to Do Now Is Check With the Head Honcho of the Republicans, Donald Trump, in a Very Real Sense and See if He Comes Out Like These Brave Souls Against This Confusion of Homosexuality and Transgenderism. Schlapp Is No Dummy, He Knows That Secretly Probably 60% of People in the Republican Party Are in Favor of Homosexuality, Homosexual Marriage, and the Homosexual Agenda, Including Trying to Change a Boy Into a Girl and a Girl Into a Boy 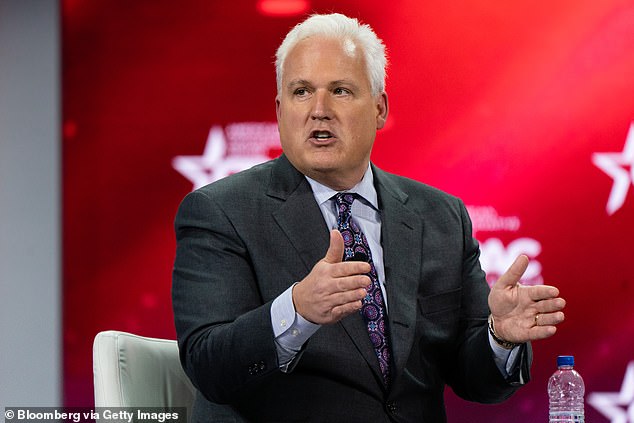 Conservatives have come out on social media slamming Matt Schlapp, the chairman of the American Conservative Union and CPAC organizer, after he tweeted that transgender swimmer Lia Thomas ‘deserves our compassion.’

‘No matter what one thinks of Lia’s ability to swim with women her story deserves our compassion. It will be interesting to hear Lia’s pov [point of view] in 30 years,’ Schlapp tweeted over the weekend.

The 22-year-old transgender swimmer is the most controversial athlete in the world at the moment, making waves amid a passionate and polarizing debate about whether she should be allowed to compete against biological females.

After Schlapp made his empathic feelings known on Twitter, he was immediately taken to task by some of his 320,000 staunchly conservative users.

Conservative writer John Cardillo took a firm line over Thomas’ position – using male pronouns for the transgender woman – while lashing out at Schalpp, writing: ‘Just no. Have compassion for the real women whose college athletic experiences he’s selfishly destroying. He’s a spoiled brat. No conservative should ever enable this. No sane person should promote this insanity.’