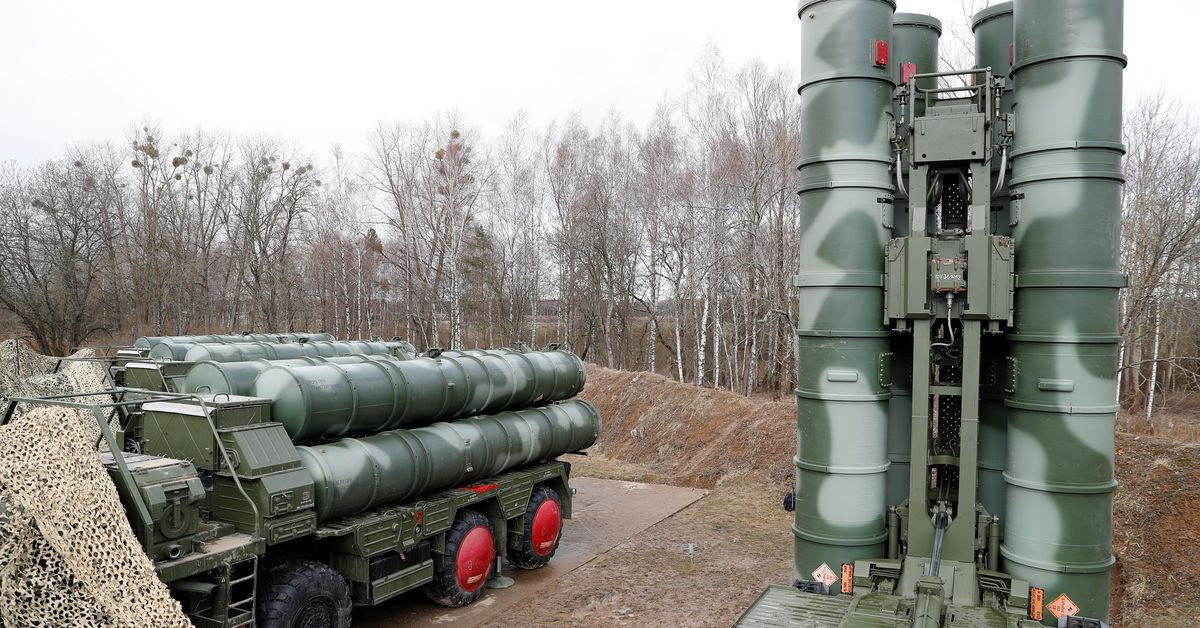 WASHINGTON, March 19 (Reuters) – The United States has informally raised with Turkey the unlikely possibility of sending its Russian-made S-400 missile defense systems to Ukraine to help it fight invading Russian forces, according to three sources familiar with the matter.

U.S. officials have floated the suggestion over the past month with their Turkish counterparts but no specific or formal request was made, the sources told Reuters. They said it also came up briefly during Deputy Secretary of State Wendy Sherman’s visit to Turkey earlier this month.

The Biden administration has been asking allies who have been using Russian made equipment and systems including S-300s and S-400s to consider transferring them to Ukraine as it tries to fend off a Russian invasion that began on Feb. 24.

The idea, which analysts said was sure to be shot down by Turkey, was part of a wider discussion between Sherman and Turkish officials about how the United States and its allies can do more to support Ukraine and on how to improve bilateral ties.

The Turkish authorities have not commented on any U.S. suggestion or proposal relating to the transfer to Ukraine of Ankara’s S-400 systems, which have been a point of long-standing contention between the two NATO allies.

Turkish foreign ministry officials were not immediately available for comment.

Turkish sources and analysts said any such suggestion would be a non-starter for Turkey, citing issues ranging from technical hurdles related to installing and operating the S-400s in Ukraine, to political concerns such as the blowback Ankara would likely face from Moscow.

Washington has repeatedly asked Ankara to get rid of the Russian-built surface-to-air missile batteries since the first delivery arrived in July 2019. The United States has imposed sanctions on a Turkey’s defence industry and removed NATO member Turkey from the F-35 fighter jet programme as a result.

Ankara has said it was forced to opt for the S-400s because allies did not provide weapons on satisfactory terms.

U.S. officials are keen to seize this moment to draw Turkey back into Washington’s orbit. Efforts to find “creative” ways to improve the strained relationship have accelerated in recent weeks, even though no specific proposal has so far gained traction, U.S. and Turkish sources have said.

“I think everyone knows that the S-400 has been a long standing issue and perhaps this is a moment when we can figure out a new way to solve this problem,” Sherman told Turkish broadcaster Haberturk in an interview on March 5.

It was not clear what exactly she meant and the State Department has not answered questions about her comments. The White House did not respond to a request for comment about the suggestion made during her visit to Turkey.

The effort is also part of a wider bid by the Biden administration to respond to Ukrainian President Volodymyr Zelenskiy’s plea to help protect Ukraine’s skies. Russian or Soviet-made air defense systems such as S-300s that other NATO allies have and S-400s are sought after.

One source familiar with U.S. thinking said Washington’s floating of the possibility came as a result of the renewed effort to improve ties at a time when Ankara has been spooked by Russia’s invasion of Ukraine.

Turkish President Erdogan had not received a specific heads up from Russian President Vladimir Putin on his plans of a full-scale attack on Ukraine, another source familiar with the discussions said.

Turkey shares a maritime border with Ukraine and Russia in the Black Sea and has good ties with both. It has said the invasion is unacceptable and voiced support for Ukraine, but has also opposed sanctions on Moscow while offering to mediate.

Ankara has carefully formulated its rhetoric not to offend Moscow, analysts say, with which it has close energy, defence and tourism ties. But Ankara has also sold military drones to Kyiv and signed a deal to co-produce more, angering the Kremlin. Turkey also opposes Russian policies in Syria and Libya, as well as its 2014 annexation of Crimea.

“Turkey has managed to walk on the razor’s edge and a transfer of a Russian S-400 would certainly lead to severe Russian ire,” said Aaron Stein, director of research at the Philadelphia-based Foreign Policy Research Institute. “And for Erdogan, the S-400 has become a symbol of Turkish sovereignty, so trading it away wouldn’t be all roses and flowers.”