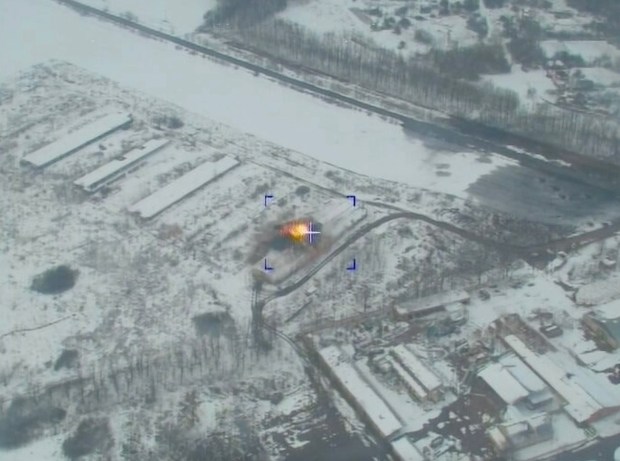 Video captures the dramatic moment a Russian hypersonic missile destroys an ammunition depot in the west of Ukraine.

The video reportedly filmed from a military drone shows the moment a large Ukrainian ammunition depot in Ivano-Frankivsk was hit by a deadly Russian Kinzhal hypersonic missile.

It is the first known time the new Kinzhal has been used in the conflict but it was earlier “tested” in Syria in war conditions.