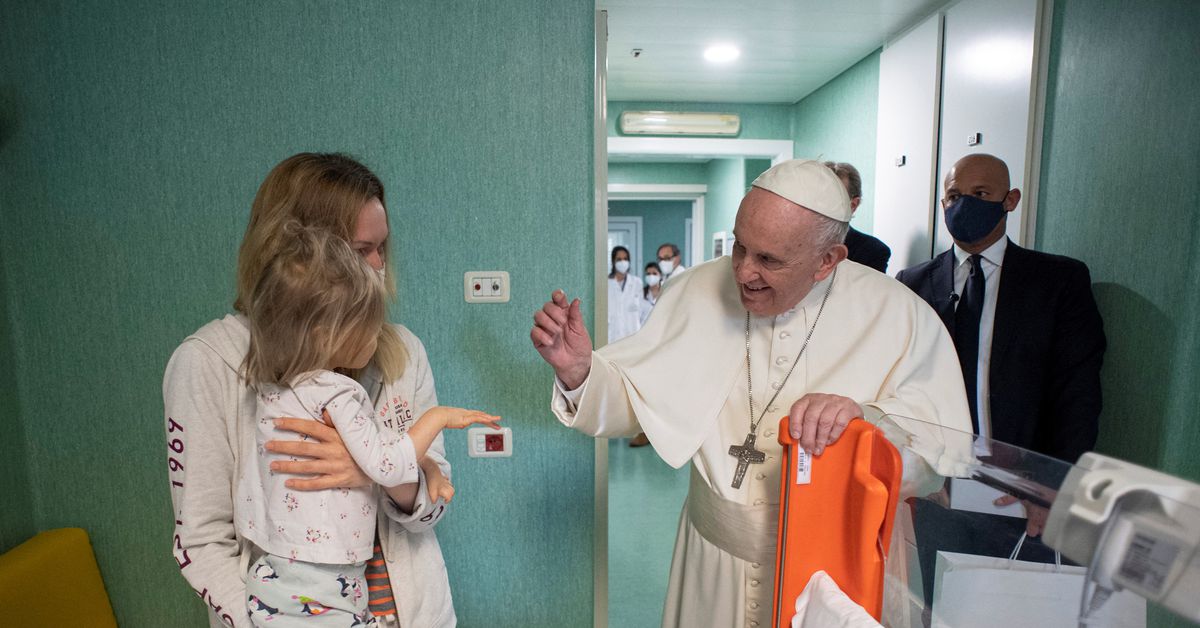 ROME, March 19 (Reuters) – Pope Francis on Saturday made a surprise visit to young Ukrainian war refugees being treated in a paediatric hospital in Rome.

One of the pictures released by the Vatican showed the pope talking to a girl with a fully bandaged head and what appeared to be a tube in her throat.

Nineteen Ukrainian children are currently being treated at the two branches of the Bambino Gesu hospital for cancer, neurological conditions or serious war injuries caused by explosions, the Vatican said. About 50 children from Ukraine have been treated at the hospital since the war began.

“The blood and tears of children, the suffering of women and men who are defending their land or fleeing from bombardments shakes our conscience,” Francis said in a message to a Church conference in Slovakia on Friday.