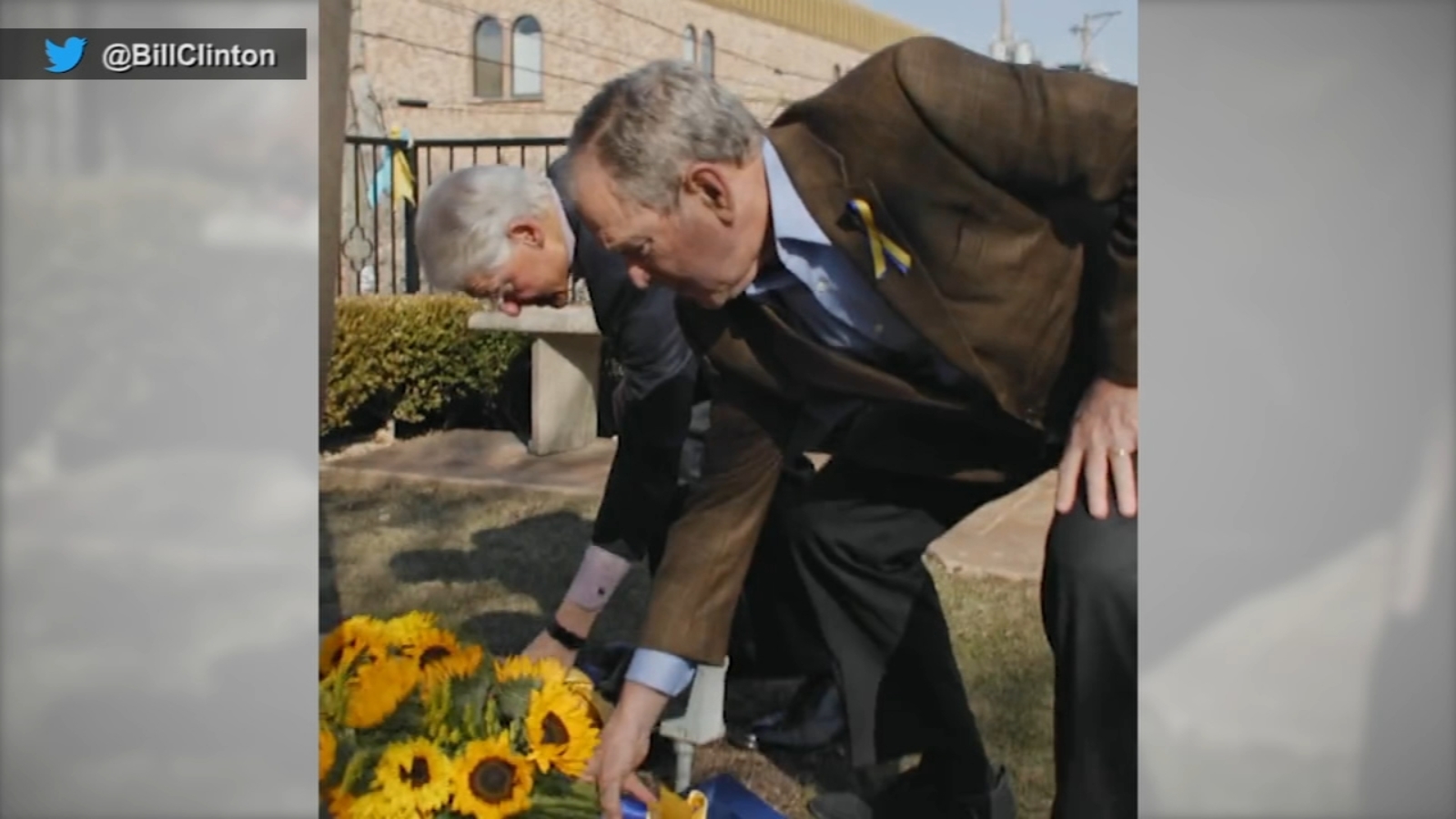 Bill Clinton and George W. Bush put on a united front as they visited a Ukrainian church in Chicago this week.

The former presidents were in the Windy City for a joint speaking gig on Wednesday when they decided, spur of the moment, to stop in Chicago’s neighborhood known as Ukrainian Village, which is home to the Ukrainian Institute of Modern Art, Ukrainian Cultural Center, and the city’s vibrant Ukrainian-American community.

In a joint statement to PEOPLE, spokesmen for the two former presidents said: “In the spirit of seeing every American come together, it just made all the sense in the world to them.”

Bush and Clinton, both 75, donned blue and yellow ribbons on their jacket lapels as they walked side by side, placing bouquets of sunflowers – Ukraine’s national flower – from a local Ukrainian florist at the feet of a stone cross outside the golden-domed Saints Volodymyr and Olha Ukrainian Catholic Church.

“America stands in solidarity with the people of Ukraine as they fight for their freedom and their future,” Bush said on Instagram, where he posted a video and photos of the visit.