Here We Go and Now You Know: Grey’s Anatomy Writer Who Happens to Be a Lesbian and Based Episodes on Her Own Medical Traumas Including Cancer and an Abortion Is Accused of Making It All Up by Wife She Is Divorcing 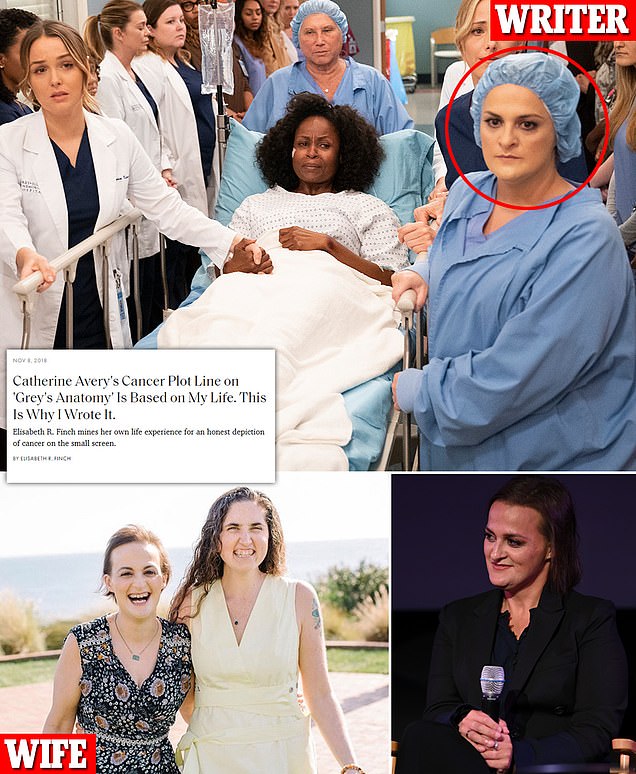 A Grey’s Anatomy writer who wrote episodes of the hit show based on her own medical traumas has now been accused of making it all up by her estranged wife.

Writer Elisabeth Finch, 44, is now understood to be on administrative leave from the show pending an investigation.

According to The Ankler, her 40-year-old wife Jennifer Beyer called Shondaland – Shonda Rhimes’ production company that makes the show – and Disney to report Finch for lying.

The alleged lies started unraveling when Finch left the show suddenly, citing a family emergency. Her concerned colleagues phoned Beyer for an update, and the details of the story Finch had given them were similar to things Beyer had experienced – not her wife.

Since then, Finch has been placed on administrative leave.

Among stories she has projected are having an abortion while undergoing chemotherapy, and how her doctors ‘missed’ her diagnosis.