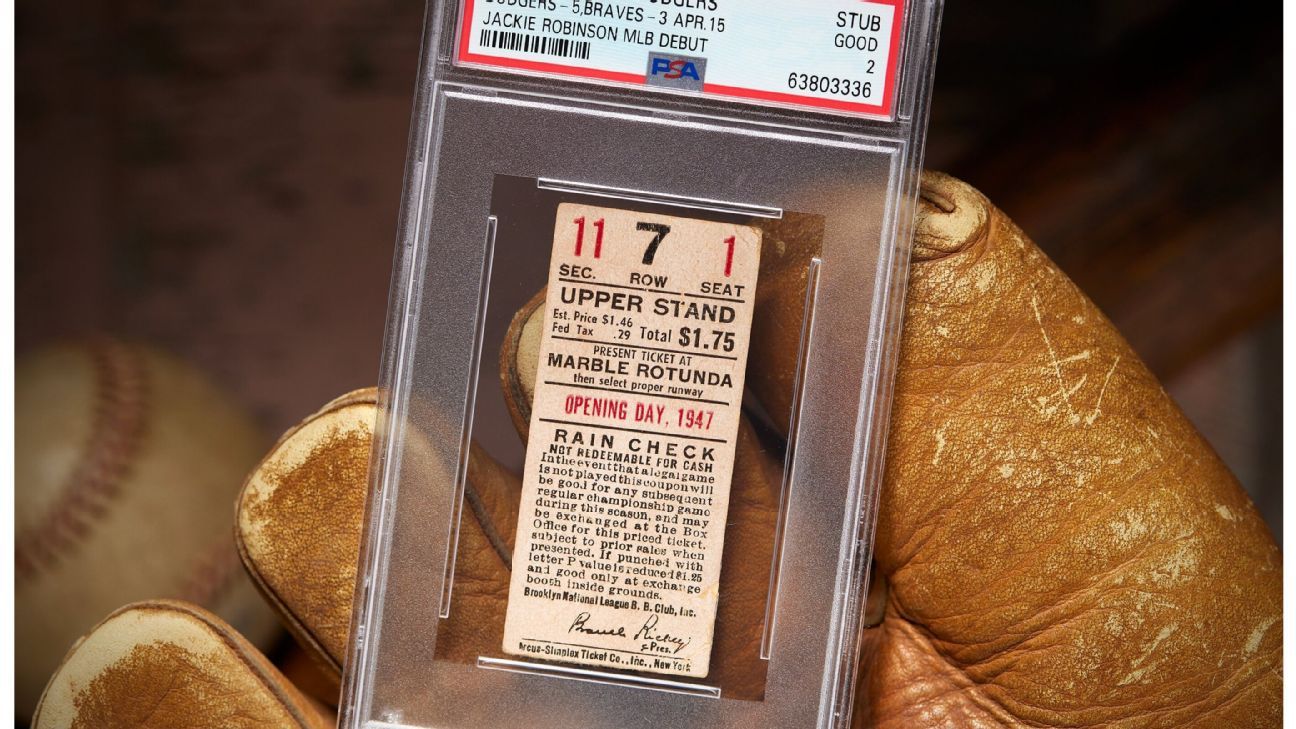 The record for most expensive collectible sports ticket was set twice with Heritage Auctions early Sunday.

Concurrently, a ticket stub from Jackie Robinson’s 1947 debut with the Brooklyn Dodgers and a full ticket from Michael Jordan’s 1984 debut with the Chicago Bulls, both graded by PSA (Professional Sports Authenticators), sold for $480,000 and $468,000, respectively.

Mike Cole, the director of admissions for operations at Quinnipiac University, was a freshman at Northwestern University in 1984. A lifelong Bullets fan, his father surprised him with two tickets to an October Bulls-Bullets matchup.

“I was only a month or two into school,” said Cole, who asked multiple classmates to attend. “I wasn’t that surprised or disappointed no one could go with me.”