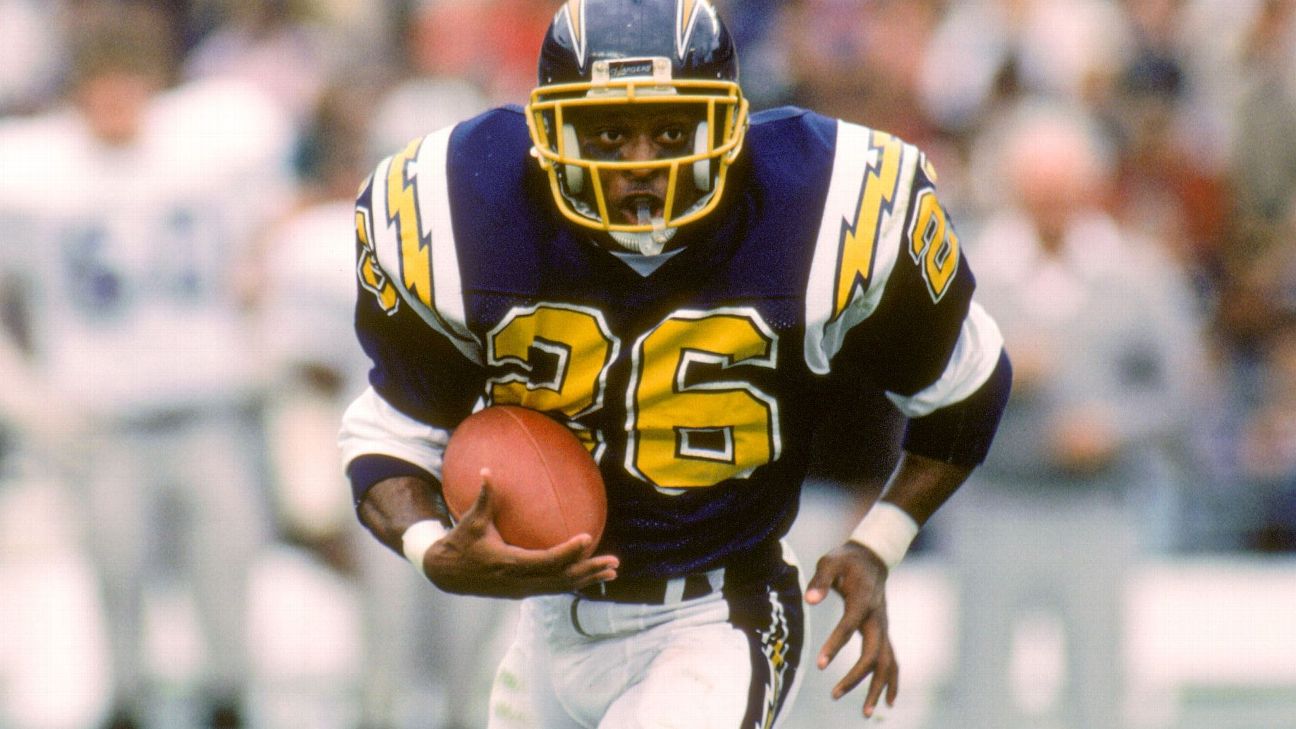 Former Auburn and San Diego Chargers running back Lionel James, who made a name for himself for being unstoppable despite his small stature, died Friday after a lengthy illness, the university said. He was 59.

James played five seasons with the NFL’s Chargers, who have since moved to Los Angeles, after being drafted in the fifth round in 1984. He set an NFL record with 2,535 all-purpose yards in 1985 after leading the Chargers in rushing, receiving and kickoff and punt return yardage.

He led the AFC in receptions that season with 86 while setting the NFL record for receiving yards by a running back with 1,027.

James, who was inducted into the Alabama Sports Hall of Fame in 2006, led Auburn in all-purpose yards in 1981 and 1982 and became one of the first signature players of the Pat Dye era. He was a team captain in 1983 and helped lead the Tigers to their first Southeastern Conference championship in 26 years.

Agee called James “pound for pound one of the greatest all-purpose players to play the game of football.”

James returned to Auburn after his NFL career and graduated in 1989. He coached tight ends on Terry Bowden’s staff in 1996-97.