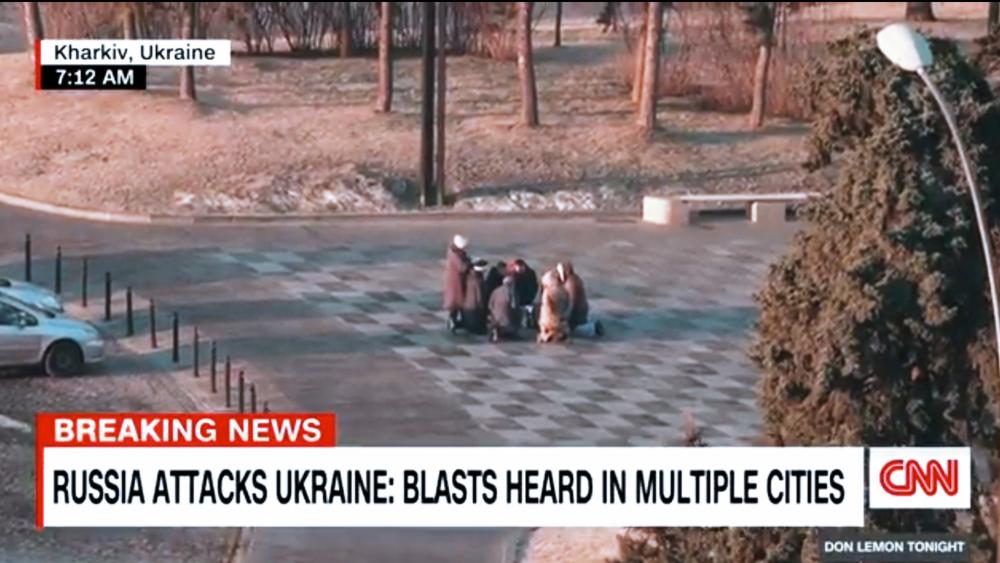 CNN chief international correspondent Clarissa Ward encountered a powerful prayer scene Thursday inside Ukraine — and she took to the airwaves, where she called the emotional moment “very moving.”

The invocation perfectly captured the painful uncertainty inside Ukraine as citizens continue to endure explosions, chaos, and apprehension amid Russia’s brutal invasion of the sovereign nation.

“I think this … really speaks to the sort of desperation of this moment,” Ward told CNN’s Don Lemon. “We just see a small group of people … have gathered in the main square, and they are kneeling and praying because right now there is clearly a sense of having no idea what is coming down the pipeline, what is in store.”

CNN’s cameras panned to the group of prayerful Ukrainians as Ward explained the desperation and anxiety that likely led the group to seek the Lord.

What a moment captured by @clarissaward and her team in Kharkiv.
"A small group of people have gathered in the main square and they are kneeling and praying," Clarissa says. "Because right now there is truly a sense of having no idea what is coming down the pipeline." pic.twitter.com/cAoLi8Euaq

“It’s freezing cold here, so to see these people kneeling on the cold stone in prayer is honestly very moving,” she said. “And I think it speaks to the state of ordinary Ukrainians here who have done absolutely nothing to deserve this.”