High School Shooter Ethan Crumbley Is Demon-Possessed and Should Stay in Jail Because He ‘tortured Baby Birds, Outlined a Plan to Rape and Murder a Female Classmate, and Admired Hitler and Jeffrey Dahmer’ 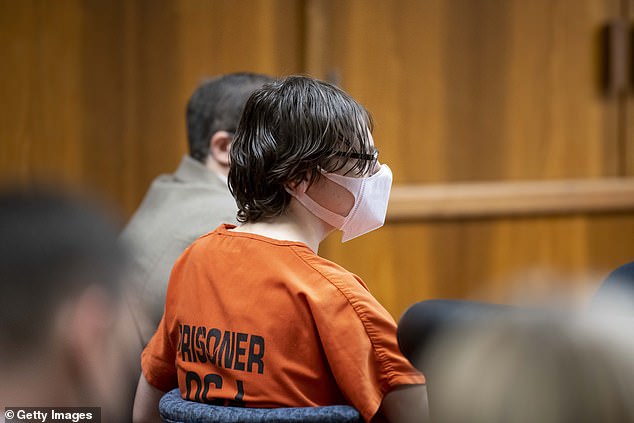 Michigan prosecutors argued in court on Tuesday that despite his young age, 15-year-old high school shooter Ethan Crumbley should remain in an adult jail, given his history of torturing animals, plotting a classmate’s rape and murder, and expressing admiration for Adolf Hitler and Jeffrey Dahmer.

Attorneys for Crumbley painted a different picture of the youth, saying that he was struggling with mental health issues, including hallucinations and severe anxiety, prior to the November 30 shooting at Oxford High School, and that he had asked his parents for help.

Crumbley’s defense team argued before the court that he needs to be placed at Children’s Village, a juvenile facility in Oakland County, so that he could be around his peers, and not in almost complete isolation like at the adult county jail.

In January, Crumbley pleaded not guilty to first-degree murder, assault with intent to murder, terrorism and gun charges in connection with the school shooting, which killed four students and injured seven other people.

His parents, Jennifer and James Crumbley, are currently jailed on charges of involuntary manslaughter for allegedly making a gun accessible to their son.