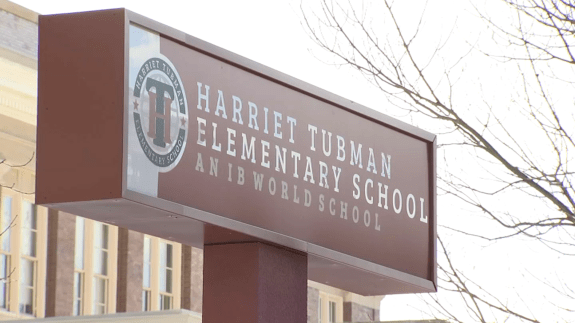 A Chicago elementary school has unveiled a new sign letting people know it is leaving behind the name of a racist and will instead honor a woman known for helping Black people escape slavery, Harriet Tubman.

The sign comes about a year after a group of parents successfully pushed for the school — long named after Swiss American biologist Louis Agassiz — to change its name to the Harriet Tubman Elementary School.

Officials at Chicago Public Schools are letting other schools in the city change their names after the Chicago Sun-Times reported in late 2020 that 30 of its schools were named after slaveholders and others were named after racists such as Agassiz.

The Board of Education could vote on an updated policy for school name changes next week, the Sun-Times reported.

CPS said in a statement that the new name is “more inclusive and representative” of the district’s values.