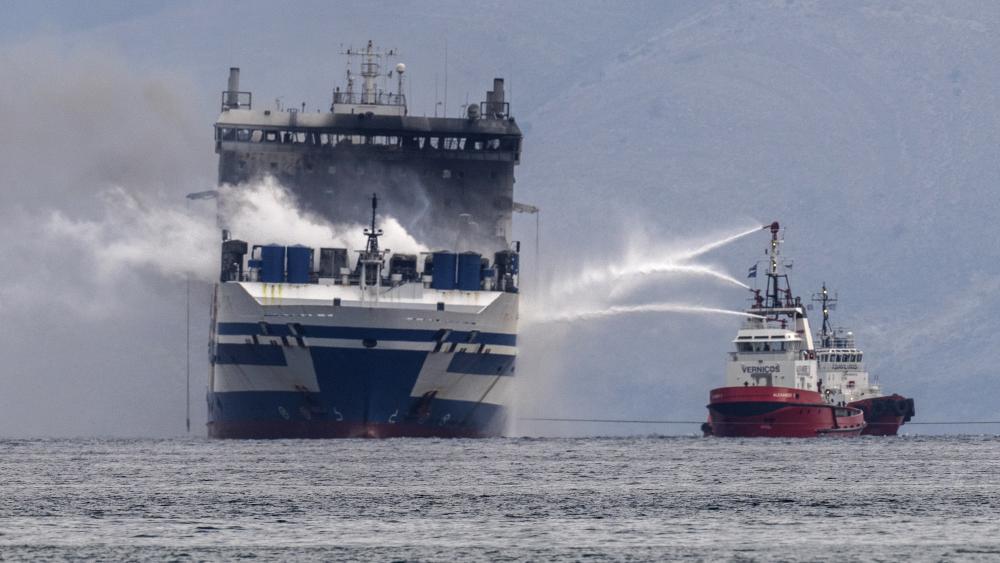 ATHENS, Greece (AP) — A survivor has been rescued Sunday morning from the stern of a still burning passenger ferry, Greece’s coast guard said. There are 11 people still missing.

A coast guard spokesman told The Associated Press the man, a Belarussian, was found on the left rear side of the Euroferry Olympia in apparently good condition.

“The fact that this man succeeded, despite adverse conditions, to exit into the deck and alert the coast guard … gives us hope that there may be other (survivors),” coast guard spokesman Nikos Alexiou told state broadcaster ERT.

The rescued survivor, a man in his 20s, is a driver of a truck with Lithuanian license plates. Other details about him weren’t available at this time.

The survivor told his rescuers he had heard other voices below deck. Alexiou said his understanding was that he hadn’t heard any just before making his way onto the deck, but added that “the situation is evolving.” The survivor has been taken to a hospital to be examined as a precaution.