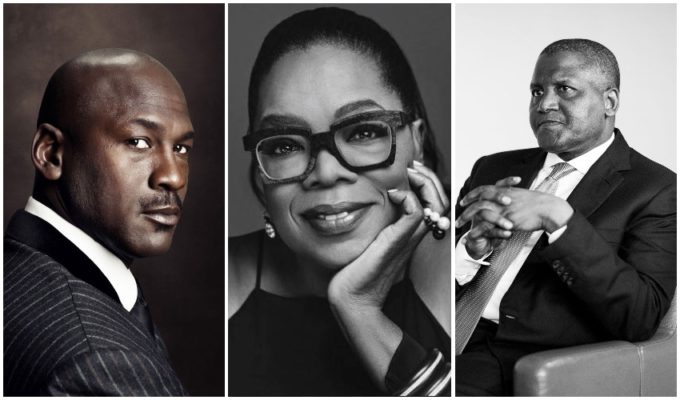 There are 2,755 billionaires in the world, but only 15 are Black and of that 15, only two are women and nine are American.

Forbes tallies a list of the world’s billionaires annually using a snapshot of financial information including stock prices, exchange rates and more.

Perry may have made his bones acting in small stage plays, but today he is a titan in the movie and acting industry. The actor, producer, director, and screenwriter has appeared in dozens of movies of his own making including Temptations: Confessions of A Marriage Counselor and numerous Madea movies. Perry has also appeared in big-budget movies including Gone Girl and Alex Cross, but he also owns Tyler Perry Studios in Atlanta. Perry also owns Tyler Perry Studios in Atlanta.

The Brooklyn-born rapper became the first person in hip-hop to hit the billionaire mark in 2019 thanks to a diverse portfolio that includes liquor and clothing and a small stake in the Brooklyn Nets when they first moved to the borough.

The six-time NBA champion still carries many of the sponsorship deals he had as a player including Hanes, Gatorade and Upper Deck trading cards. Additionally, he’s been the majority owner of the Charlotte Hornets NBA franchise since 2010 and still has the world’s most coveted basketball shoe lines of any athlete before or since he retired for the last time in 2003.

Her last album dropped in 2016, but the recording artist’s Fenty clothing line. which sells lingerie, underwear, makeup and beauty products has changed both industries, forcing large companies who previously ignored Black women, women of color and their full figures to take them and their more than $2.5 billion in spending power seriously as they have her quickly becoming a multi-billionaire.