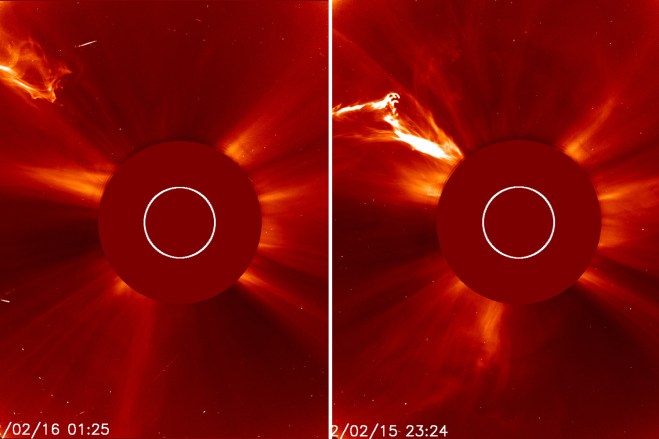 THE SUN has been pretty busy the past few weeks.

On Tuesday, our star fired off two enormous explosions from its farside in what has already been a heavy month of solar activity.

A magnificent coronal mass ejection (CME) was recorded by Nasa’s STEREO-A spacecraft in the early hours of February 15.

CMEs are giant eruptions that send plasma hurtling through space – and the Sun has undergone several of them throughout the month.

If they hit Earth, the plumes of material can trigger geomagnetic storms that knock out satellites and disrupt power grids.