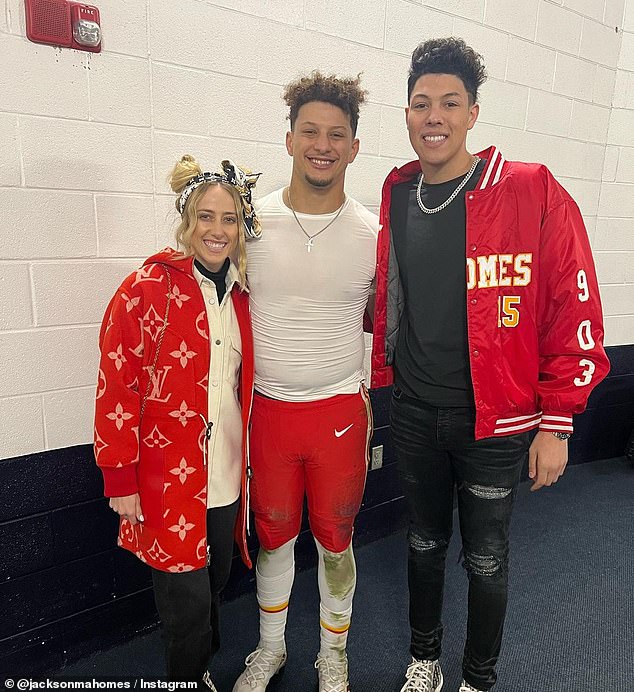 Patrick Mahomes has blasted a report that he banned fiancee Brittany Matthews and his controversial TikTok influencer brother Jackson from attending his Kansas City Chiefs games.

The 26-year-old superstar quarterback took to Twitter on Friday to write ‘Y’all just be making stuff up these days [three laughing while crying emojis]’ in response to a series of tweets from former NFL lineman and current radio host Rich Ohrnberger.

The 36-year-old former professional athlete had eyebrows raised as earlier that day he posted: ‘Another interesting note… I’ve been told, Patrick Mahomes had a sit down following the season with his brother and fiance.