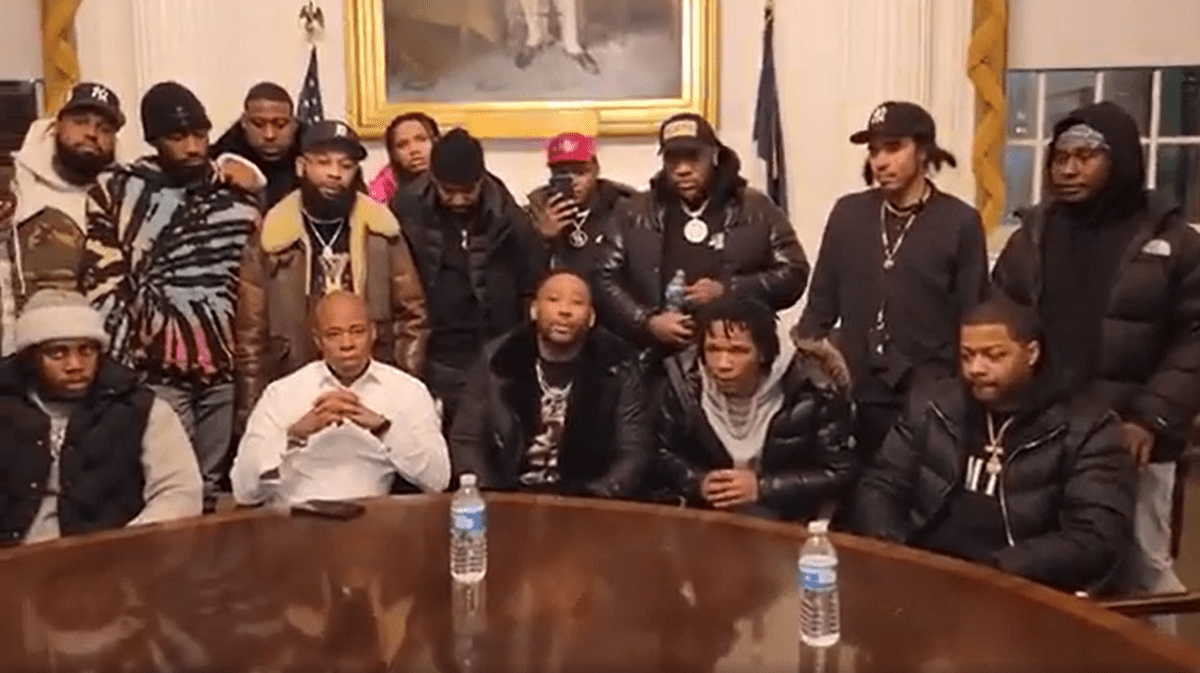 New York City Mayor Eric Adams has blamed the “drill” rap genre for contributing to the city’s sharp uptick in violence this year – and late Tuesday night, he met with some of those rappers to talk about solutions to the problem.

Adams previously said he wanted to meet with prominent drill rappers to talk about the gun violence on the city’s streets. Through last Sunday, shootings year to date are up 37% versus the same period in 2021 – an average of nearly 4 people shot every day.

A video posted to Instagram by the Brooklyn rapper Maino shows the mayor in a City Hall office, gathered with more than a dozen other men. Maino indicated it was being recorded at 11:30 p.m. Tuesday.

“There’s been a lot of talk about drill rap, drill music in New York City, connecting violence with the culture, and I just wanted to create a conversation with the mayor,” Maino says. Artists including Fivio Foreign, B-Lovee, CEO Slow, Bucksy Luciano and Bleezy joined the meeting as well.