Franklin Graham Speaks Out Over Justin Trudeau’s Actions Against Freedom Convoy: ‘They Need Our Prayers’ 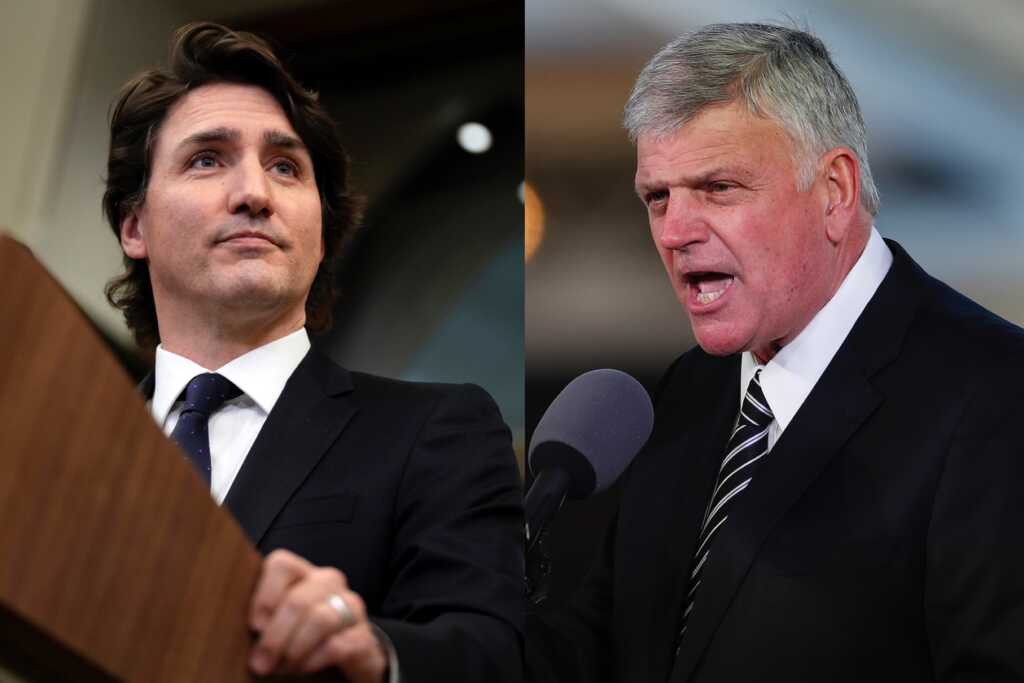 The Rev. Franklin Graham is voicing his support to the Freedom Convoy in the wake of Canadian Prime Minister Justin Trudeau’s unprecedented legal action against the anti-mandate protesters.

“[Prime Minister] Justin Trudeau invoking the Emergencies Act, which gives the [government] more power to ‘restore order’ in response to the Freedom Convoy protests,” tweeted Graham, who serves as president of both the Billy Graham Evangelistic Association and Samaritan’s Purse. “The truckers are actually the ones who are trying to restore order by defending the freedoms of Canadians!”

In response to Trudeau, Alberta Premier Jason Kenney voiced his opposition to the prime minister’s actions, arguing the use of the Emergencies Act will only “further inflame and potentially prolong the protests,” NPR reported.

Graham, for his part, said he agrees with Kenney, adding, “Could this be a Canadian revolution? They want freedom — [and] they need our prayers.”

Alberta Premier @JKenney warned that he thinks Trudeau’s actions will "further inflame & potentially prolong the protests." I agree. Could this be a Canadian revolution? They want freedom—& they need our prayers.

The comments from Kenney and Graham come after Trudeau invoked the federal Emergencies Act, which grants the national government jurisdictional powers to seize cars and trucks, suspend drivers’ insurance policies, and even place freezes on protest participants’ personal and corporate bank accounts, according to CBN News.

“You don’t want to end up losing your license, end up with a criminal record, which will impact your job, your livelihood, even your ability to travel internationally, including to the U.S.,” Trudeau threatened Monday.

The prime minister claimed during his press conference that the emergency powers — which have never before been used — will be limited in time and scope, noting he does not, as of yet, plan to deploy the military.

Many critics, however, are accusing Trudeau of totalitarian rule.

You can read more about the Canadian leader’s actions here.