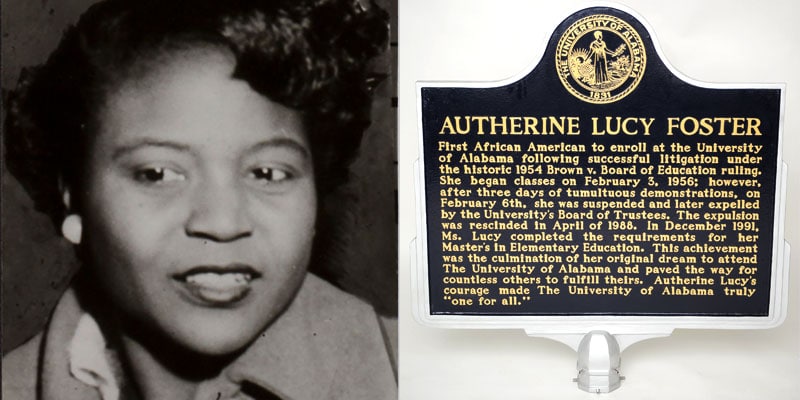 After a week of backlash, the University of Alabama System’s Board of Trustees voted Friday to name a building after the school’s first Black student instead of having her share the name with a Ku Klux Klan leader.

Students, faculty and community members cried out, saying it was wrong to recognize the legacy of these two people in one building.

“This has been a challenging time. The work group in making its recommendations certainly intended for that paired name to generate educational moments that can help us learn from our complex and rich history,” trustee emeritus Judge John England Jr. said at the special called Friday meeting.

“Somehow, the honoring of Autherine Lucy Foster sort of took the background and that’s not what we wanted,” England said. “We’ve heard enough from people whose opinion matter to us — students, faculty, staff — that we can do that in a better way than what we’ve done.”