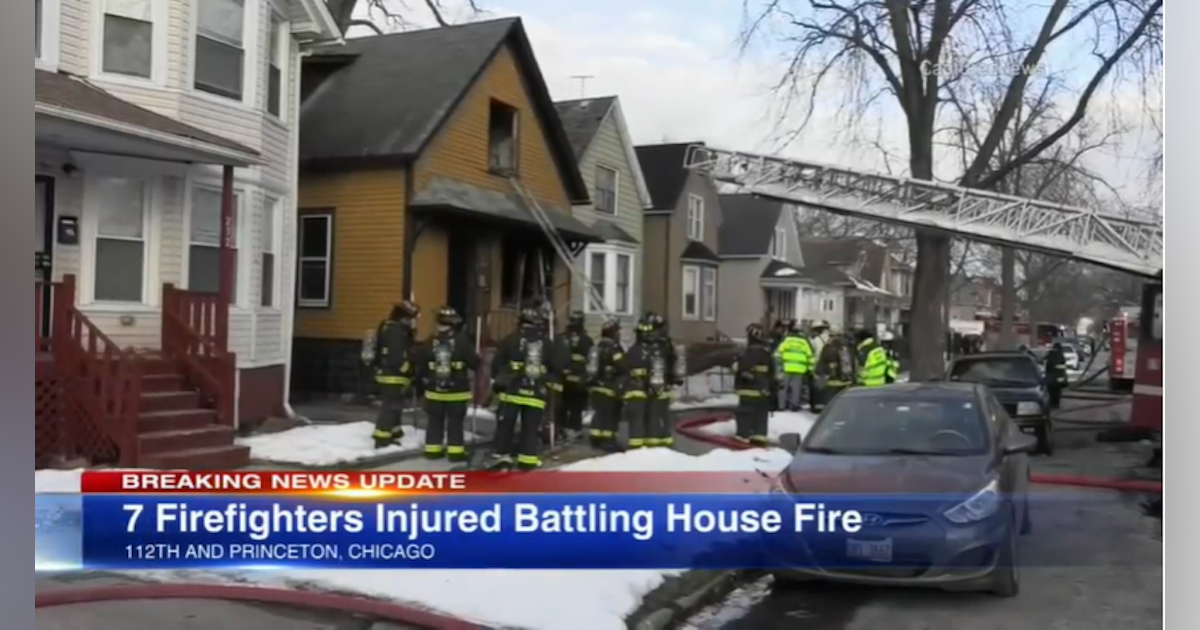 Seven Chicago firefighters were injured Saturday while battling a fire that raged through a home on the city’s South Side and blew some of the responders off the porch as they tried to control the flames, officials said.

Firefighters arrived at the scene of the fire in the Roseland neighborhood at 3:21 p.m. Saturday, Fire Commissioner Annette Nance-Holt said Saturday during a news conference. Shortly after, they issued a MAYDAY call, which is a distress call activated when a fire is highly threatening or a firefighter is injured, according to the Chicago Fire Department.

Heavy smoke billowed from windows on the second floor of the house and firefighters also encountered heavy smoke on the first floor, the fire commissioner said.

“We had three members inside, and we had four on the porch,” Nance-Holt said. “We believe a flashover occurred. We’re not exactly sure. We’re going to do an investigation into it, but the three members were able to self-evacuate and the four members were actually blown off the porch, and they were outside.”