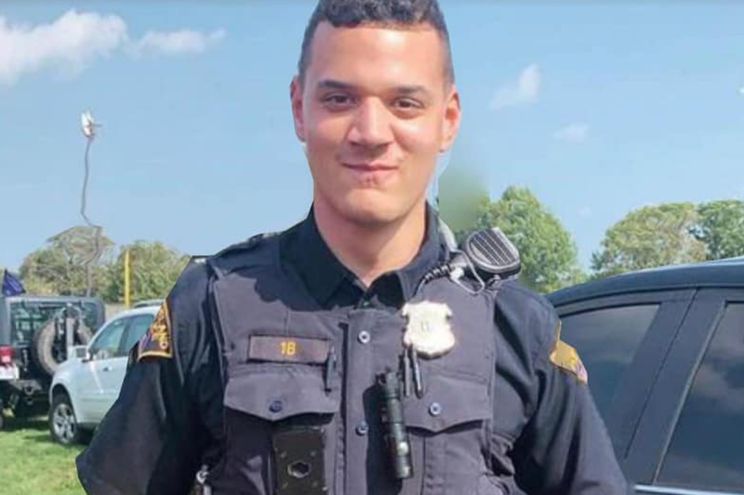 Vancouver police officer Donald Sahota, 52, was first stabbed by a robbery suspect, then was mistakenly shot by a sheriff’s deputy who responded to the 911 call to the scene of the stabbing at his home.

The shooting occurred as police tried to catch a man wanted for robbing a gas station at gunpoint. The suspect fled the gas station in Vancouver, near Portland, Oregon, with several hundred dollars, authorities said. He left in a stolen Mercedes and eluded police on a busy highway.

The suspect, Julio Cesar Segura, 20, deserted the car, ran and ended up at Sahota’s home where he pounded on the door saying he had been in a car crash and needed help.

Sahota’s wife called 911 when she realized that the man at her door matched the description of a robbery suspect, authorities said. She remained on the phone and told dispatchers that her husband, an armed, off-duty police officer, was headed outside to confront the man and detain him for law enforcement.

The suspect began fighting with Sahota in the driveway, stabbing him repeatedly. He then broke free and forced his way into Sahota’s house, knocking down Sahota’s wife with the door, according to a police account contained in court documents filed Monday.

Sahota had lost hold of his gun during the struggle but regained it and chased after the suspect just as a deputy arrived and shot the off-duty officer with a rifle mistaking him for the suspect.

Sahota collapsed on his front porch. Responding officers didn’t realize he was the homeowner until the suspect emerged from the front door with his hands up. He had thrust his knife into a couch cushion inside, the documents said.