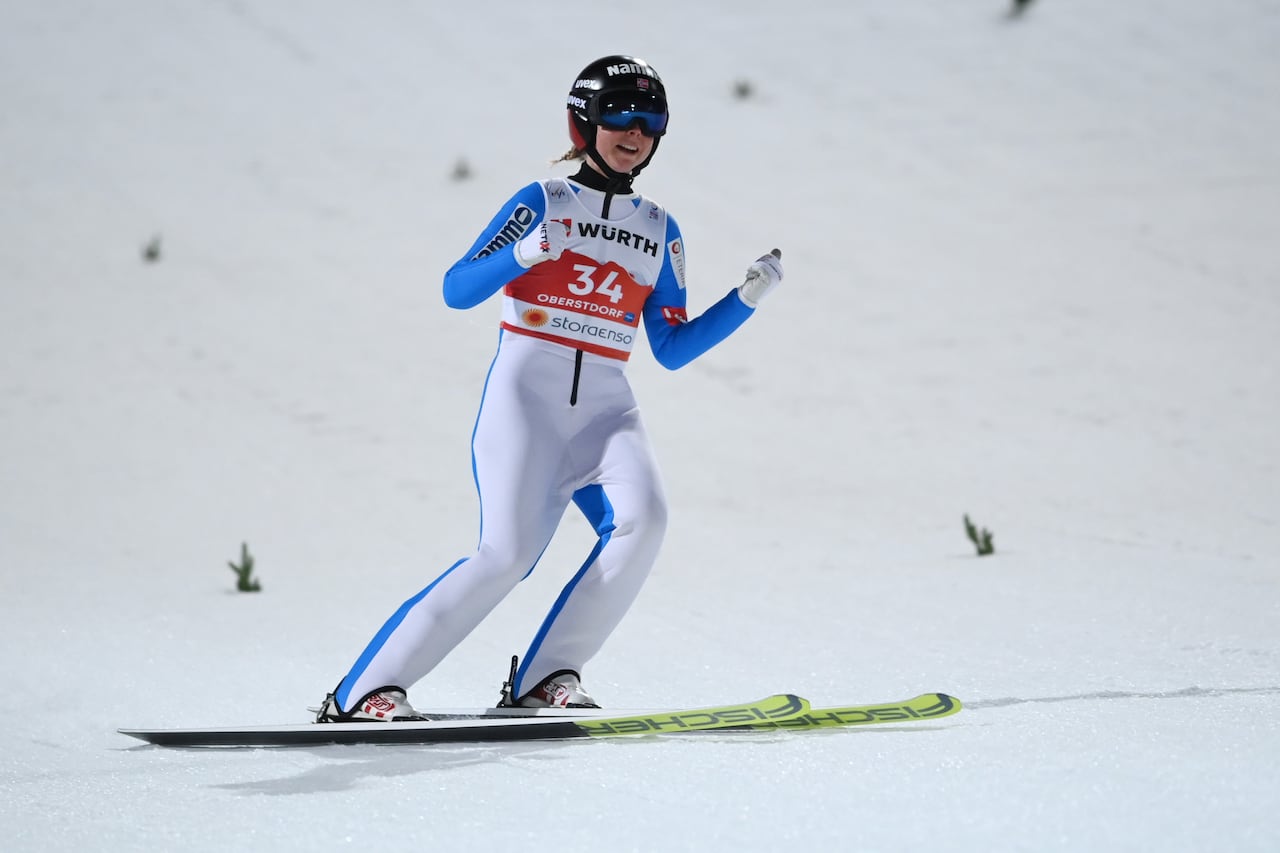 Maren Lundby decided not ot compete in the World Cup season and a trip to China for the Olympics because of weight issues.

“I decided to not compete because I gained some weight,” Lundby said Tuesday in an interview with The Associated Press. “I feel like I can’t compete on the level I want to.”

Maren Lundby held her title as world’s best female skier for three years. She won her first Olympic gold in South Korea in 2018.

You have to be as light as possible to sail through the air.

Lundby has become an advocate for change in a sport that historically has had athletes develop eating disorders as teenagers, all in a quest to be as light as possible to squeeze a few more meters out of their flights through the air.

USA Nordic executive director Billy Demong, a five-time Olympian in Nordic combined, stands behind Lundby saying, ski jumping is “one of the most eating-disorder plagued sports” because of the desire to keep pounds off.

Jessie Diggins has written a book about struggles female athletes face while dealing with unrealistic pressures to have a certain body type.

“But at the end of the day, ski jumpers got to be skinny if you want to go far,” Larson added.