Showdown on the Bridge: Freedom Convoy Votes to Stay on the Ambassador Bridge and Defy Trudeau as His 7pm Deadline to Clear It of Protesters Passes: PM Threatened ‘everything Is on the Table’ – Including Military Force – We Shall See 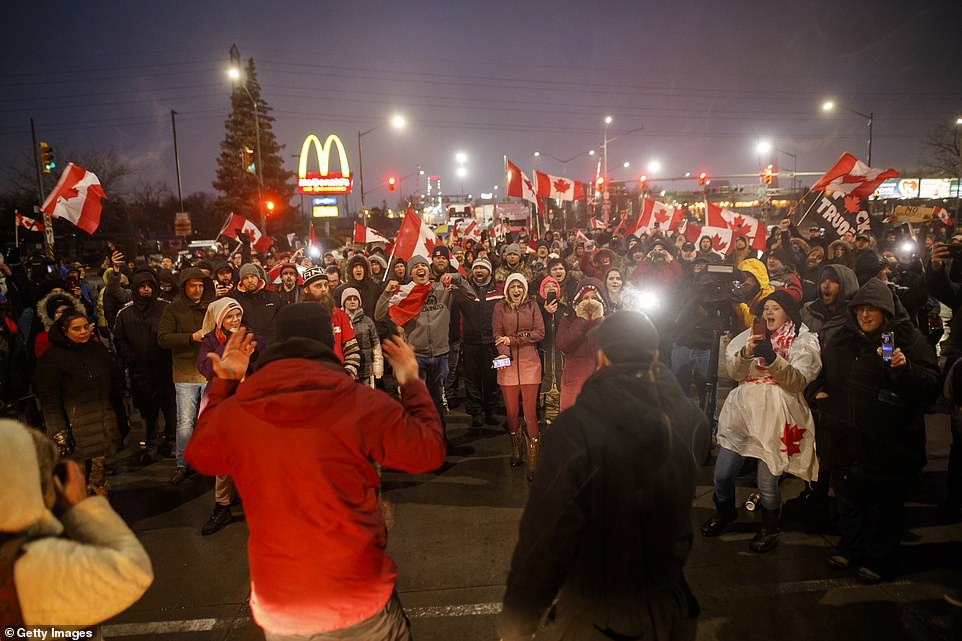 Protesters blocking the Ambassador Bridge on Friday night decided to defy a deadline of 7pm to clear the route, setting themselves up for a showdown with police after Canadian Prime Minister Justin Trudeau said that ‘everything is on the table’ to end the Freedom Convoy demonstrations after speaking directly with President Joe Biden.

A Canadian court on Friday issued the injunction to end the blockade at the key bridge connecting Windsor, Ontario with Detroit, setting up a potential showdown between police and protesters when the 7pm deadline arrives.

Ontario Superior Court Chief Justice Geoffrey Morawetz granted the injunction on Friday evening, which will last for 10 days and means that blocking the bridge is unlawful.

Doug Ford, the premier of Ontario, earlier on Friday said his cabinet will enact orders to make it illegal to block borders and highways and will impose CA $100,000 ($78,000) fines and prison terms for those who defy them.

Trudeau claimed that the protest is being fueled by political activists in the United States, and said that more than 50 percent of donations to campaigns to support the protesters came from the U.S., which he referred to as ‘foreign financing’ of the protests.

On Friday night, several convoys were gathering in U.S. cities, ahead of a planned journey to the Canadian border in support of their fellow truckers. Fears are high that some may try to disrupt Sunday’s Super Bowl, or Biden’s March 1 State of the Union address.