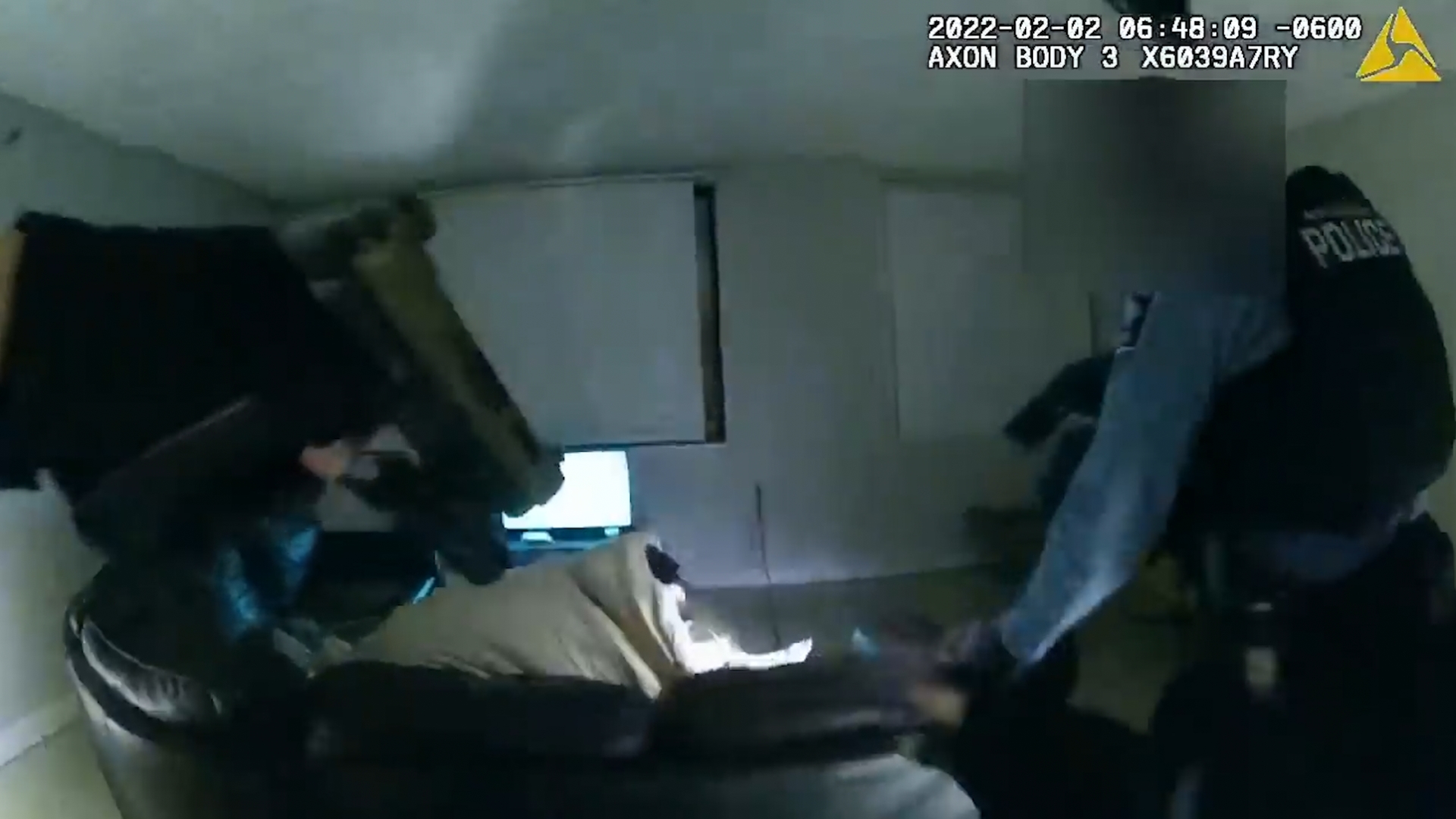 The City of Minneapolis has released body camera footage showing Wednesday’s deadly encounter between a police officer and a 22-year-old man inside a downtown apartment.

A handgun was recovered at the scene of the shooting, police say. The weapon was loaded with with 5.7mm rounds. Locke’s relatives say he was licensed to carry a weapon. He has no criminal history in Minnesota.

The footage, initially released on the city’s YouTube page, is less than a minute long. It shows the same video, or parts of it, at various speeds. At first it’s in slow motion, showing police unlocking a door and entering an apartment. Several officers can be heard yelling “police” and “search warrant” as they step through the doorway with guns drawn.

The officers approach a couch on which Locke is wrapped in a blanket. He sits up and turns toward the officers. He is holding a gun. An instant later, an officer fires three shots, and Locke falls to the floor. The shooting is replayed in super-slow motion. The entire video then plays again in real time. In total, Locke is shot roughly 10 seconds after officers open the apartment door.

Interim Police Chief Amelia Huffman and Mayor Jacob Frey held a press conference Thursday night after the footage was released, which quickly turned contentious. Huffman said police went to the building just before 7 a.m. as part of a St. Paul Police Department homicide investigation, in which several suspects were identified, as well as three locations in Minneapolis. Huffman said her department’s SWAT team was asked to execute warrants on three apartments within “the building on Marquette.”

Huffman said both a knock and no-knock warrant were obtained so that the SWAT team could make its best assessment. She said when Officer Hanneman saw Locke holding a gun, he had to make a “split-second decision” on if there was a threat of great bodily harm or death, and to protect himself and his partners. She said his decision would ultimately be examined by the Hennepin County Attorney’s Office when it gets the case.