‘Spider-Man: No Way Home’ passes $1B mark at the international box office… as the superhero movie earns more than $1.74B worldwide 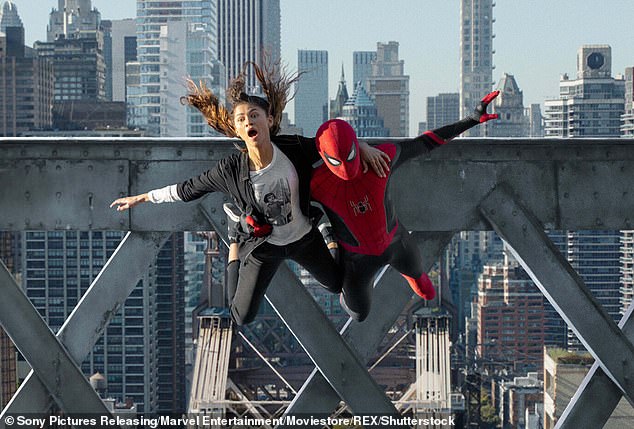 Spider-Man: No Way Home passed the $1 billion mark at the international box office over the weekend, as the Sony/Marvel film has made more than $1.74 billion at the global box office.

The blockbuster is the 10th film in history to achieve the milestone, Deadline reported, after taking in $21.1 million over the weekend in global markets.

The superhero movie is the sixth-highest grossing film all-time on a global level, and has not yet received a release date in China, making its international totals more impressive.

The film, which stars Tom Holland and is directed by Jon Watts, took in $11 million in domestic totals in its seventh week of release, bringing its total domestic intake up to $735.9 million, according to the outlet.

Spider-Man: No Way Home, which has been the top-earning movie for six of its past seven weekends, is moving toward Avatar’s mark of $760 million at the domestic box office, which is the third-highest domestic grossing film of all-time.

The film prevailed in a sluggish weekend at the domestic box office due to a blizzard in the Northeast and surging numbers of the coronavirus omicron variant.

Scream came in second with $7.4 million, while Sing 2 finished in third with $4.8 million. Redeeming Love made $1.9 million for fourth place, and The King’s Man took in $1.8 million for fifth place.

Other tentpole films slated for release later in the year include Jurassic World: Dominion, The Batman and Top Gun: Maverick.