WATCH: Strange Disk on Ice of Maine River Draws Attention of the Curious 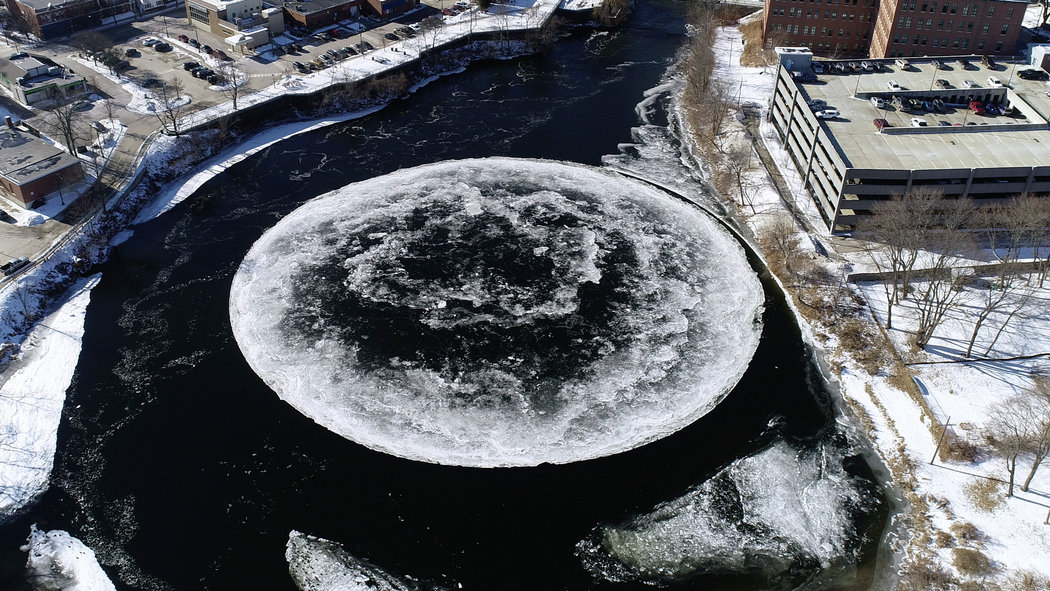 Be careful and stay away from that interesting but dangerous ice disk, officials with Westbrook have warned.

A swirling disk of ice has formed in the Presumpscot River in Westbrook, Maine. The disk drew fans from around the globe when it first appeared in the river in 2019. It also partially formed in 2020.

Ice disks can form because of a current and vortex under ice.