Here We Go and the Devil Is a Lie: “Transgender” Seattle “Woman” Who Also Identifies as a WOLF Claims She’s ‘Spiritually’ an Animal – but Insists She Never Howls or Barks at Her ‘serious Job’ or in Public — Daniel Whyte III Says This Person Is Demon-possessed and He Asks Pastors Who Supported Homosexuality and Allowed Homosexuals and “Transgender” People in the Local Church as Members, How Are You Doing Now? 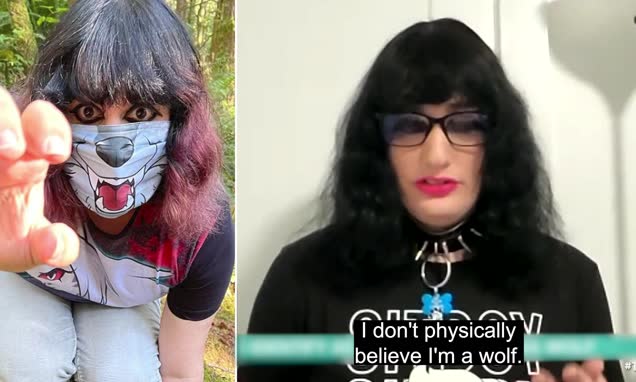 A woman who identifies as a wolf says that people often have ‘misconceptions’ about her her ‘spiritual and psychological’ life as a animal.

Naia Ōkami, 27, from Seattle, identifies as a British Columbian wolf and regards herself as an otherkin therian – a subculture who believe their soul is that of an animal, rather than a human.

In 2017, Naia came out as a transgender woman on social media and in November 2019, she revealed to her followers that she had legally changed her gender to female.

She insists that despite sometimes barking and howling like a wolf, she is aware she is physically human and maintains a ‘serious job’ while ‘spiritually expressing herself’ as an animal.

Appearing on This Morning today, Naia explained that by day she works as an online investigator for a non-profit but still occasionally ‘wolfs out’ in the woods to connect with her animal psyche.