WATCH – Another major split: ‘Today Show’ host Hoda Kotb, 57, reveals she has separated from fiancé Joel Schiffman, 63, two years after he proposed, but the pair will continue to ‘lovingly’ co-parent adopted daughters Haley and Hope 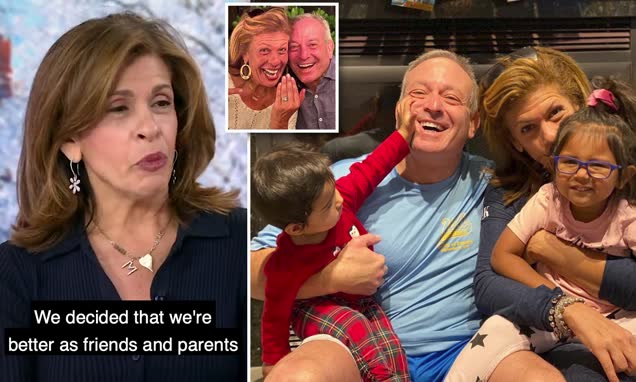 The “Today Show” star announced on Monday morning that she has called off her engagement to long-time partner Joel, 63, after eight years together. The talk show host said she and Joel – who share daughters Hope, two, and Haley, four – are ‘better as friends and parents than they are as an engaged couple.’ Hoda said it felt ‘weird and awkward’ to talk about it publicly, but wanted to focus on the ‘joyous moments’ they had together. Joel, a financier, proposed in November 2019 during a romantic getaway in Mexico, but they had to cancel their wedding twice due to the pandemic. The pair first met in 2013 at a book signing and went public with their relationship in 2015.