People are outraged at the ignorance of Whoopi Goldberg as she claims the ‘Holocaust is not about race’: “The View” star stuns co-hosts by insisting it was about ‘man’s inhumanity to man’ because Nazis targeted ‘two white groups’ 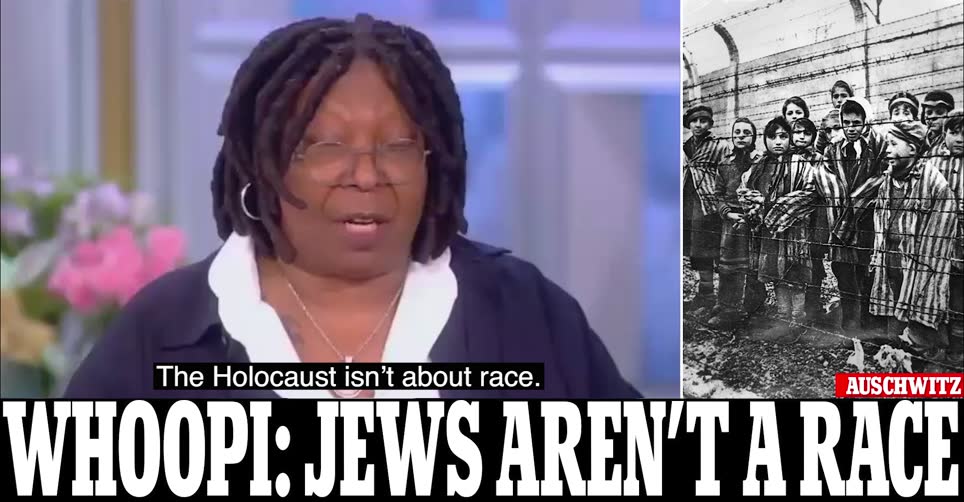 Whoopi Goldberg has sparked outrage by claiming on ABC’s “The View” that the Holocaust was ‘not about race’ because it’s ‘two white groups of people’. Goldberg’s co-hosts hit back at her assertion during heated discussion on the show. Among those to criticize her were Piers Morgan, who said: ‘WTF? This is insane. The extermination of 6 million Jews wasn’t about race??? Will any rock stars or renegade royals now boycott Whoopi Goldberg and/or ABC for this dangerous misinformation?