WARNING: Pastors, Stop Going to “Happy Ending” Massage Parlors in Thailand and Other Places Because You May Die There: British Man Dies in ‘Happy Ending’ Massage Parlour in Thai Party Resort Pattaya — By the Way, All Pastors and Preachers Who Knew About and Even Visited Ravi Zacharias’ Massage Parlor Need to Go Ahead and at Least Self-correct by Sitting Yourself Down for a While and Taking a Sabbatical Before You Are Exposed…Developing 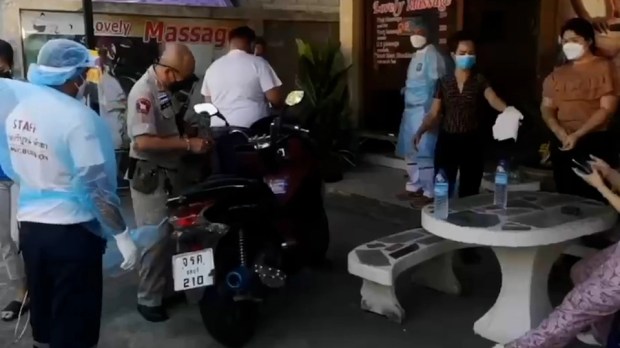 A Brit has died while visiting a “happy ending” massage parlour in Thai party resort Pattaya after a frantic masseuse tried to revive him.

Robert John Swain, 70, stripped off his clothes and was lying naked on a massage table while masseuse Miss Oraya rubbed oils into his back when she suddenly realised something was wrong.

The 39-year-old noticed Mr Swain, who had arrived at the shop on a rented Honda motorcycle this afternoon, started gasping for breath mid-way through the session.

Panicked Oraya called for help and staff performed CPR on the pensioner – but they were tragically unable to save him.

Police arrived at the outlet – called Lovely Massage – in the Bang Lamung district at 4pm and cordoned off the scene.

Mr Swain was pronounced dead before his body was moved to the hospital.

Oraya said: “This was the first time the man had visited us for a massage.

“Everything was going normally then I noticed he was sleeping. Suddenly he started struggling to breathe. He was gasping and choking.