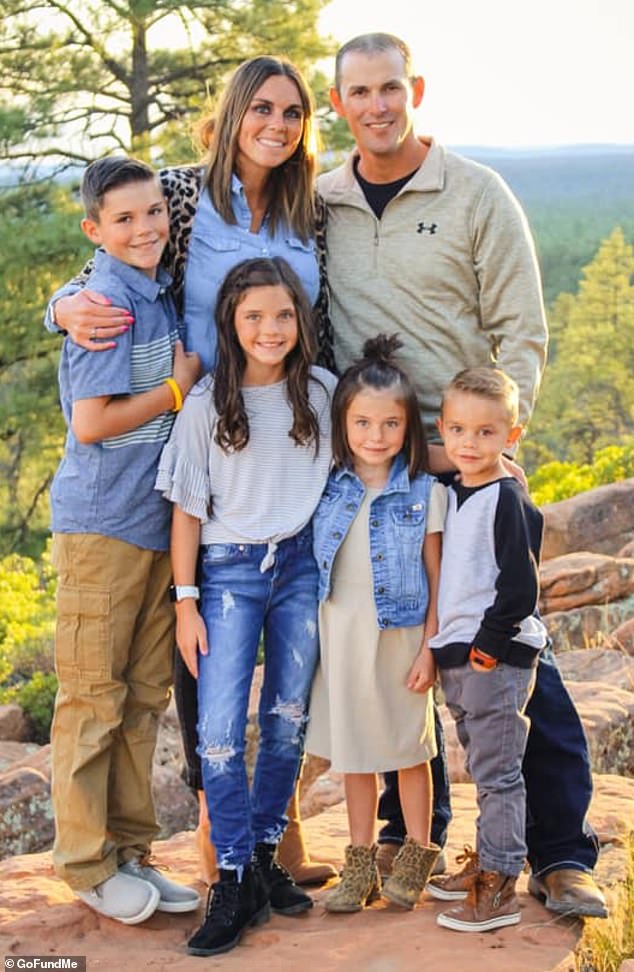 Parents who faced manslaughter charges after two of their children and their niece drowned when they took them on a ‘joyride’ through a flooded Arizona creek have been spared jail and given probation after their children pleaded with a judge not to send them to prison.

Daniel and Lacey Rawlings, 38 and 34, respectively, were sentenced to probation and community service in a Gila County courtroom on Thursday. Daniel received 60 months of probation, while Lacey received 48 months.

‘I want to start by just saying how much I regret the decision we made that day to cross the creek,’ Lacey said through tears in court on Thursday. ‘It is a mistake I agonize over every single day.

‘I am so incredibly sorry to everyone involved that day for the loss I can never fix.’

Daniel also spoke in court, saying: ‘I wish every day that I could go back and relive and redo the events of that horrific day. Knowing I was the single cause of the reason why [unintelligible] is what I live with every day.’

Nelly, 12, and her 13-year-old brother Dallan Rawlings begged Judge Timothy Wright to let their parents stay home with them.

Five-year-old Colby and six-year-old Willa, along with their cousin Austin, five, died after the Rawlings disregarded signs and barricades warning drivers not to cross Tonto Creek in 2019. Nelly, Dallan and two of their cousins survived.

They were on their way back from a family member’s home and their son wanted to enter the water because he was having fun, Lacey Rawlings said in an interview played in court yesterday.

Daniel Rawlings was driving the military-style vehicle when he crossed the Tonto Creek for the third time that day – crossing twice before when he had gone back to get a canopy for their jacuzzi and to get candy and board games for the children.

But on the third trip, the vehicle began to sink; the Rawlings and four of the children got out and were rescued but the remaining three were swept away and died.

All the bodies were recovered except Willa’s, which was found two weeks later on the north side of Roosevelt Lake.