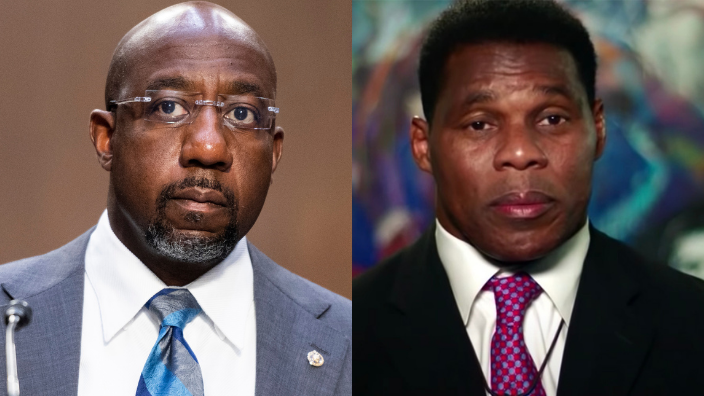 WASHINGTON — A year after Georgia voters sent Baptist minister Raphael Warnock to Washington, the national spotlight is back on the lawmaker, whose reelection bid could determine whether Democrats maintain control of the U.S. Senate for the remainder of President Joe Biden’s first term.

Warnock is competing for a full six-year term after winning a special election last year. The fight will be among the most expensive in the 2022 midterm election cycle, with candidates, political parties, activist organizations and political action committees preparing to spend hefty sums on voter persuasion and turnout efforts.

Democrats say their side has the upper hand in the race against Republicans, despite a failed push to pass federal voting rights legislation that would have superseded Georgia’s new election law and the potential for depressed turnout from Democratic Party base voters, including young adults and African Americans.

“Voters are in a foul mood,” said Donna Brazile, a veteran Democratic strategist and former acting Democratic National Committee chairwoman. “The most important thing for Sen. Warnock to do is to show up every weekend, or whenever time permits, and to go beyond Atlanta, to go into those small communities around the state of Georgia and talk to the farmers, talk to the manufacturers, talk to the students and to run a nontraditional campaign.”

Warnock beat his Republican opponent, former U.S. Sen. Kelly Loeffler, by fewer than 100,000 votes in a runoff election last January. Biden won the state by an even slimmer margin — roughly 11,000 ballots — and has seen his popularity decline sharply with voters across the country.

Republicans are engaged in an intraparty war in the state, which Democrats say is in stark contrast to the unified approach their candidates plan to take.

Warnock and Democratic gubernatorial candidate Stacey Abrams will run together as a ticket, they say, and emphasize outreach to rural and Black voters who helped Democrats win statewide in the 2020 presidential election and the ensuing Senate runoff contests.