UNRAVELING: Biden Fears NATO Won’t Let Him Deploy Troops to Protect Ukraine Because Member Countries Fear Putin Will Punish Them. Daniel Whyte III, President of Gospel Light Society International Tells President Biden Do Not Forget What I Told You About the UNRAVELING Principle 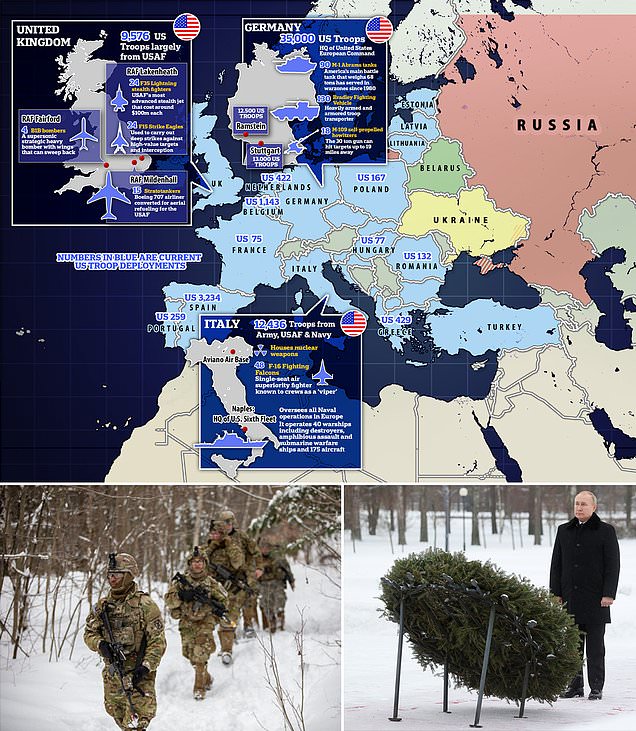 Joe Biden fears that his plan to deploy as many as 8,500 troops to Eastern Europe might be blocked by NATO countries that do not want to enrage Vladimir Putin.

The U.S. president wants to deploy the US forces to countries neighboring Ukraine as part of a NATO force to deter further aggression by Putin.

But he is concerned that the move might be blocked by member countries that fear hosting the troops and enraging Putin, or by countries such as Germany that rely on Russia for 50 per cent of their gas.

A single NATO member can veto the plan.

Biden has reserved the right to act unilaterally or bilaterally with the UK standing firmly behind him.

He has put 8,500 US troops on standby but yesterday indicated that he was considering deploying just 1,000 as part of a NATO force.

He will hold a call with Ukrainian President Volodymyr Zelensky Thursday afternoon and will welcome German Chancellor Olaf Scholz to the White House next month as Europe inches closer to war.

The Pentagon said this week that the troops, if deployed, would do so under the North Atlantic Treaty Organization’s (NATO) Response Force (NRF).

The Washington Post notes that logistically to deploy U.S. troops, the Supreme Allied Commander in Europe, Lt. General Tod Wolters, would have to use NATO to request movement for any NRF deployment.

‘There’s a lot of faith that at the end of the day, that if the Supreme Allied Commander decides to call up the NATO Response Force, many nations of the North Atlantic Council will already be on board,’ one Defense official told the Post.

‘If the call comes, I’m pretty confident that they would be able to make a decision very quickly.’

Countries that don’t want U.S. troops based there could block Biden’s future moves as some NATO nations – like France, Germany, Hungary and Turkey – want to develop closer ties with Moscow.

Reports emerged over the weekend that the president is considering sending up to 50,000 troops to the region should Russia invade.