Pope Francis Caught Coming Out of Record Shop in Rome 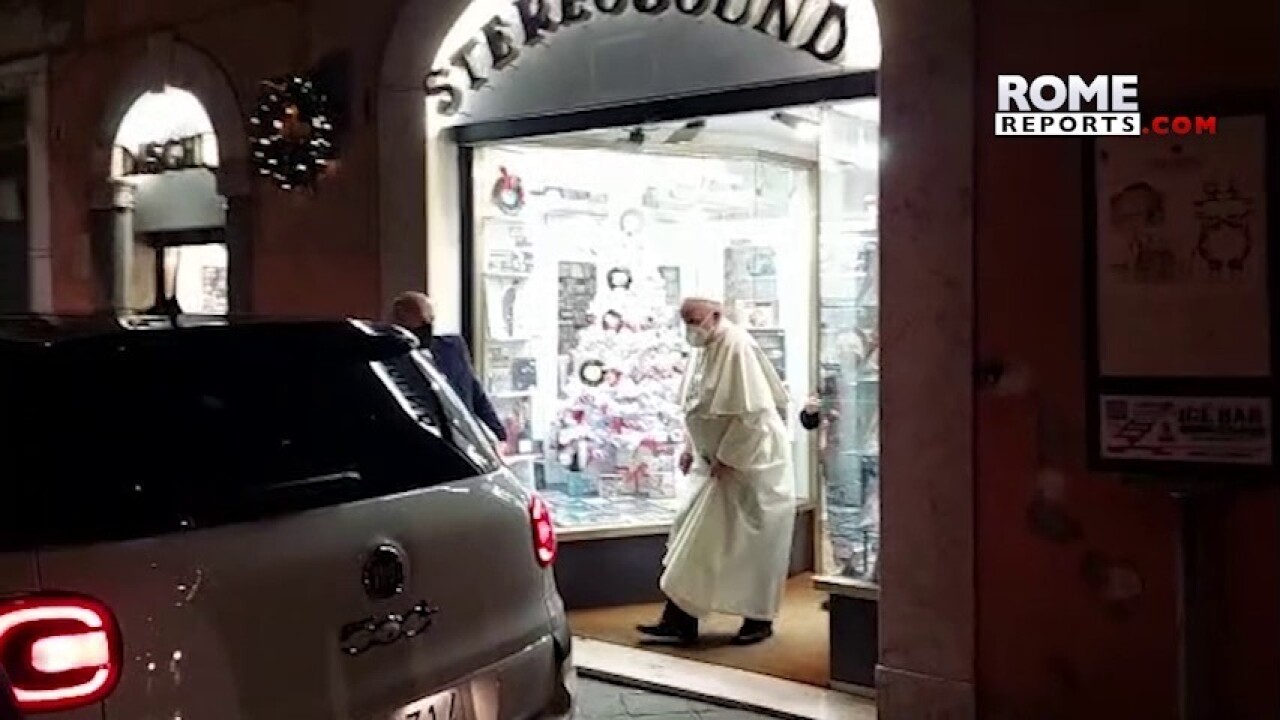 Pope Francis was caught on camera by a Vatican reporter coming out of a record shop in downtown Rome with a CD in his hand. He had made an unannounced visit to the music shop. Francis grew up listening to the opera. He is a fan of Argentine tango and milonga. He believes Mozart “lifts you to God.”

Javier Martinez-Brocal, director of the Rome Reports news agency, said he was in the neighborhood of Rome’s Pantheon when he noticed a white Fiat 500 with Vatican license plates and some police cars parked in front of the Stereosound shop.

Francis reportedly stayed in the shop for about 12 minutes.