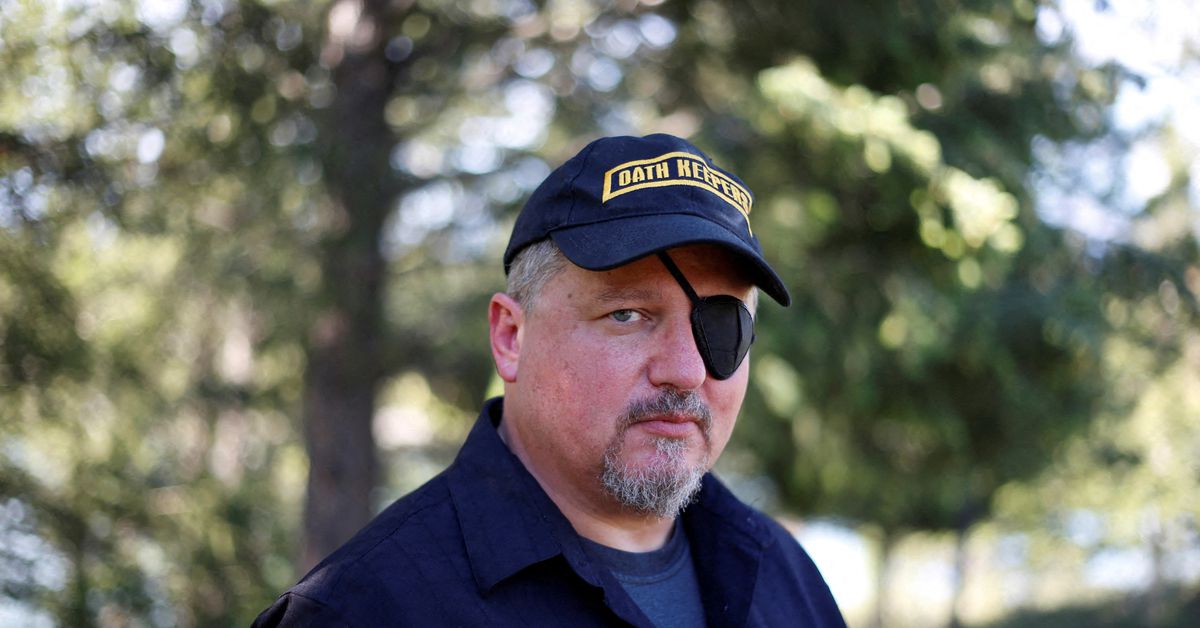 WASHINGTON Jan 26 (Reuters) – A U.S. judge on Wednesday said Stewart Rhodes, founder of the far-right Oath Keepers, should remain in jail while he awaits trial on seditious conspiracy charges for his alleged role in the deadly Jan. 6, 2021, attack on the U.S. Capitol.

The ruling by Magistrate Judge Kimberly Priest Johnson in Plano, Texas, is expected to be appealed to a higher court.

Johnson’s decision followed a two-hour court hearing on Monday in which prosecutors asked Johnson to keep Rhodes behind bars, saying he is dangerous and could try to flee the country.

An indictment made public earlier this month accused Rhodes and 10 associates or members of the group of plotting to storm the Capitol by force in a failed bid to block Congress from certifying President Joe Biden’s 2020 election victory.

Rhodes, 56, is the most high-profile defendant of more than 725 charged so far for taking part in the attack on the Capitol by former President Donald Trump’s supporters. The riot was fueled by Trump’s false claims that his election defeat was the result of fraud.

Rhodes and his associates are the first people charged with seditious conspiracy for their alleged roles in the attack. The seldom-used charge can carry a sentence of up to 20 years in prison.

Rhodes, who has been held in custody since he was arrested and charged on Jan. 13, has plead not guilty to the charge.

Prosecutors said Rhodes told his supporters from November 2020 to prepare to “oppose by force the lawful transfer of presidential power.”

“We aren’t getting through this without a civil war,” he said in a message two days after the election. “Too late for that. Prepare your mind, body, spirit.”

Phillip Linder, a lawyer for Rhodes, said during Monday’s court hearing that his client maintains his innocence and does not pose a danger.